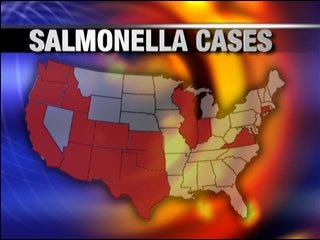 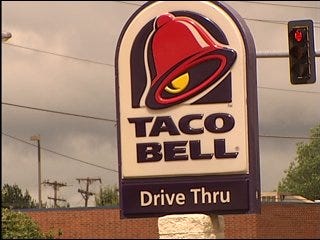 Several fast food restaurants and some chain grocery stores have stopped serving or selling tomatoes due to the outbreak of salmonella food poisoning.

According to Brandon Weingartner, the Produce Manager at Crest Foods, the tomato section's a bit smaller than usual. The store pulled Roma tomatoes from its shelves. Both Roma and Red Round tomatoes are linked to the nationwide salmonella outbreak.

"We just didn't want our customers to go home with this product and get sick," Weingartner said.

Fast food chains like McDonald's, Taco Bell and Subway stopped serving tomatoes all together as a precaution.

Restaurants like Red Rock Canyon, Charleston's and Louie's are substituting a smaller alternative.

"It's been difficult for us because this is the only tomato we can use for everything that we do," said Brad Johnson, Executive Chef of Hal Smith Restaurant group.

According to the Food and Drug Administration, cherry, grape and on-the-vine tomatoes are not contaminated and are fine for consumption. Click here for more information from the FDA on safe tomatoes.

"Hopefully, it won't last long because it is a pain to dice this tomato for everything that we use," Johnson said.

The Oklahoma State Department of Health said there's no telling how long this tomato warning will last.

"When an outbreak event like this occurs, federal and state officials try to work quickly to identify the source to protect the public," said Laurence Burnsed, Director of Communicable Disease Division.

Once the government identifies which grower is the culprit, stores and restaurants can buy from someone else.

"We don't want to get people sick," Johnson said. "We want to make sure they come to our restaurants and have a good time."

Three people have fallen ill after eating tomatoes in Oklahoma.