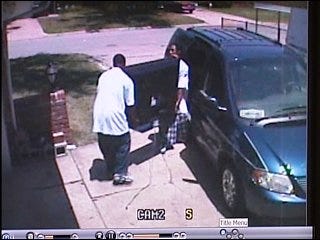 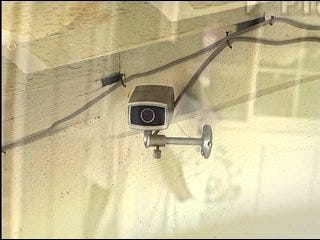 Two men were running from the law Tuesday after burglarizing a metro home. The victim, Richard Mangham, had cameras setup, and was able to capture footage of the crime.

The men kicked the door of the home in after repeatedly knocking.

"They absolutely have no care whatsoever for anything or anybody," Mangham said.

Mangham was at the hospital, tending to his wife after she underwent surgery. A neighbor called Mangham to inform him the burglars broke in.

Fortunately for Mangham, the crime and shots of the two suspects were all caught on tape. The cameras he bought from Sam's after a run-in with vandals kept an electronic eye on his property.

"And the first thing police asked whenever they came by to investigate that, ‘Do you have video?'" Mangham said. "Last time I told them no, but I do now."

The security cameras also caught the two walking out with Mangham's property.

The thieves took a jewelry box that had a wedding and engagement ring that Mangham's wife took off for the surgery and a ring she bought her husband for Father's Day.