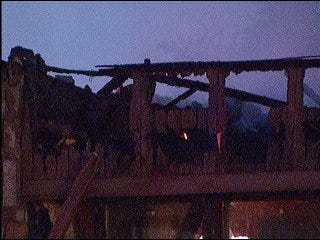 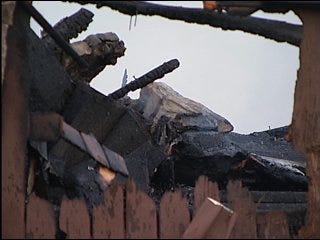 The fire broke out on the 10-thousand block of Greenbriar Place around 5:30 a.m.

When the Oklahoma City Fire Department arrived at the scene, they said the building was completely destroyed by the blaze.

The building had three offices, including a realty company, a law office and a rehabilitation center.

"Everything was closed up early morning on a Sunday. The fire got a good head start before we got called in," said Oklahoma City Fire Chief Randy Cornelius.

Earlier this afternoon, one of the tenants was picking up the pieces and what's left from the fire, but he said he'll be back in business on Monday.

No one was hurt. Investigators are looking into the cause of the fire.