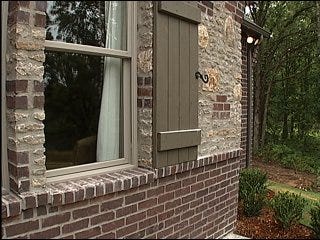 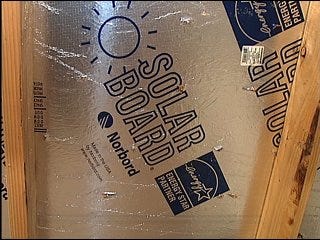 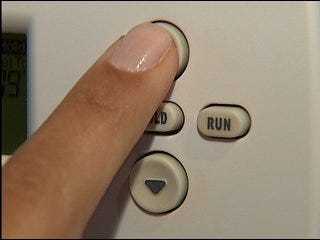 By Carina Sonn, for NEWS 9

JENKS, Okla. -- Of all the colors that have gotten attention, "green" has taken on a life of its own.

Home builder Brian Wiggs is on the forefront of the green movement in northeastern Oklahoma.

"I think the green within 10 years will not be called green anymore, it will just be the norm, and it won't be a new cutting edge item," Wiggs said.

Wiggs and another builder partnered up to build a subdivision in Jenks. When finished, a total of 11 homes, all energy-star rated, will complete the neighborhood.

Everything in the subdivision is planned with the environment and energy efficiency in mind. First, the home has an aerobic sewer system, so the water from showers and the dishwasher is recycled on site and used again to water the yard.

The greenery itself is a feature of some houses. The landscaping in the front yard is drought resistant.

Some of the most energy efficient features are ones you don't see. A feature called Solar Board installed in the attic reflects the UV rays from the sun so it doesn't negatively affect the attic by heat.

It costs a couple thousand dollars more on a 4,000 square foot home, but Wiggs said the new owner can save as much as $25 on energy bills during the summer months.

Insulation is one of the most important features in any home, but the insulation used in the "green" homes is called isonene, stopping air from entering the home.

Also, the homes are made with windows that have dual pane glass with argon gas in between and then a titanium coating on the outside.

Finally, a very small price for big savings is the programmable thermostat. The key to savings, though, is the temperature.

"Every degree above 78 degrees is about an eight percent cost savings to your utility bill," Wiggs said.

The six features could ultimately help the environment and save some green.

Wiggs compares "green living" to what fiberglass insulation used to be in the 50s in 60s; it used to be an add-on, but now it comes standard.