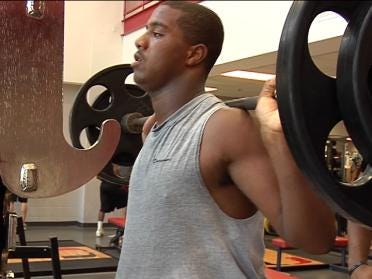 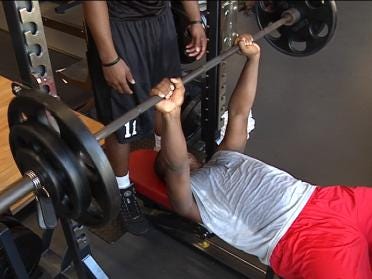 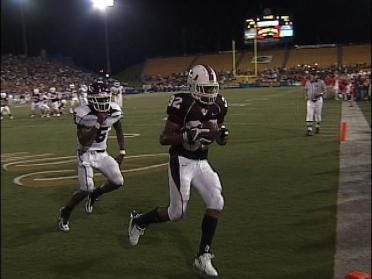 TULSA, Okla. -- It's the age old adage of the best players stepping up on the biggest stage. Cliché or not, that's exactly what Union wide receiver Tracy Moore did in the 2007 football season.

A game-tying touchdown catch in the Backyard Bowl capped off an eight catch, two TD night. Remarkably, Moore played more than half the game with a cracked fibula.

"I guess just the adrenaline rush of being in a big game," Moore said. "I really didn't pay attention to it."

Moore's adrenaline rush helped produce an overtime win over Jenks. Although he'd go on to miss five games due to injury, the Union playmaker says his rehabilitation made him stronger.

"I feel like I got better because I had more time to lift and get bigger," Moore said. "The rehab, getting faster and my footwork back together; I worked hard to get back, so I figured I be better."

With Big 12 and Conference USA schools shelling out scholarship offers, the senior has his sights set on a big season, including a gold ball.

"Right now we've got a lot of great individual players and we're trying to get together as a team to win a state championship," Moore said.