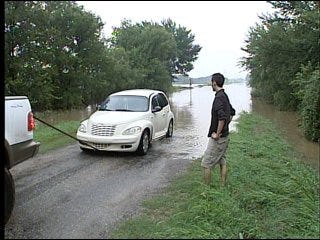 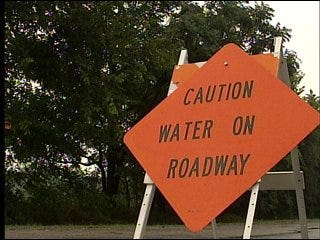 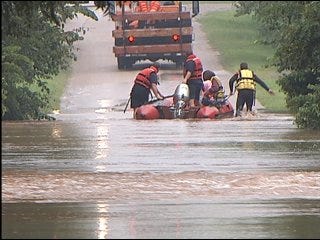 EL RENO, Okla. -- A woman was rescued Tuesday evening after attempting to cross swift-moving water in her Chrysler PT Cruiser.

The woman was driving through restricted areas, trying to cross a heavily flooded road east of El Reno near 6 Mile Creek when her car became stranded in the water.

A truck was attempting to cross the same path and witnessed the situation.

The driver of the truck, along with his passengers, was able to pull the woman's car and the woman out of the water.

Police arrived to the scene, issued the woman a citation for driving in the restricted area and advised her and others not to drive through barricades again.