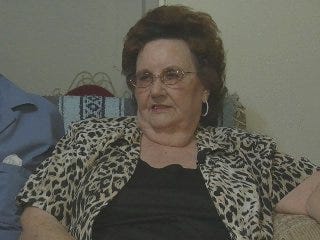 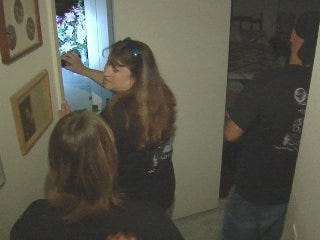 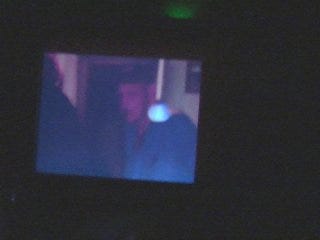 COLBERT, Okla. -- Located along the Red River is what is considered the oldest occupied house in Oklahoma, but it may be occupied by something else.

Tracy Agee, who has lived in the house for the last 10 years, has had things happen to her and her family that they cannot explain.

"We've had a lot of things going on that makes us believe it could be haunted," Agee said. "The sound of church bells chiming with no explanation, seeing shadows, hearing doors slam, voices of crying babies."

There have been a couple of times where Agee became more frightened than usual.

"I've been afraid a couple of times," Agee said. "One night, being in bed and hearing knocking and scratching at the screen, thinking it was somebody that I was expecting and getting up to find no one."

Asked if the scratching at the door could have been a pet wanting to come into the house, Agee explained that it wasn't that type of scratching.

Agee isn't the only person who has experienced things within the house. Agee's grandmother, Wanda Haley, has lived at the property for 21 years and has had her own experiences.

"I have experienced the doors opening with no reason, like the kitchen door.  I shut it at night and I got up the other morning and it was opened," Haley said. "Honey buns was all over the table and the light was on. So, I asked my husband if he had been in there anytime that night eating and he said ‘I didn't get up.' Well, I didn't either. We couldn't figure out what that was."

Dessert cakes being strewn about the kitchen was only the beginning of Haley's experiences.

The family contacted Oklahoma Paranormal Research and Investigations. They hope that OKPRI can provide some answers to what they are experiencing.

OKPRI  is currently investigating  the paranormal activity. When they review their results, the report will be posted.