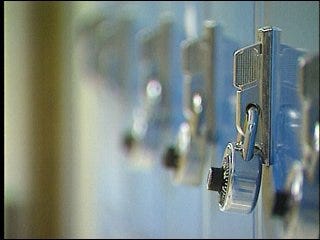 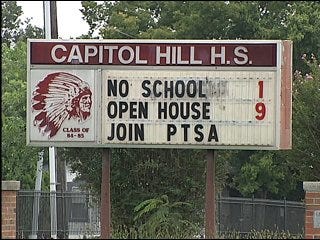 OKLAHOMA CITY - The state department of education recently released at list of schools that need improvement.

The department placed 14 schools in the district on its needs improvement list.

Included on the list is U.S. Grant High School. The school has been on the list before, and officials said they are now looking at several options to make some of the needed improvements.

Superintendent Karl Springer said the number of schools in need of improvement was a problem he anticipated.

"I think we have our work to do," Springer said.

He said the biggest challenge is with U.S. Grant High School and Capital Hill High School, which both rank at the top of the list.

The schools have also both failed to meet an acceptable graduation rate in the past four years.

"When we start talking about less than half of the students graduating from the high school, that's inexcusable," Springer said.

U.S. Grant also failed to meet standards in reading. According to Springer, 60 percent of U.S. Grant's 1,600 students are bilingual, while 30 percent are enrolled in English Language Learning.

"The issue there is trying to help our students there gain fluency in English," Springer said.

Springer said Capital Hill has made some improvements in test scores, but Grant fail to make similar progress. The school will have one year left to raise test scores.

If the school fails for a fifth year, the district will have to make decisions, including a possible replacement of the principal and school staff. They could also reopen the school as a charter school.

Springer said failure is not an option for any of the schools in the Oklahoma City School District.

"This superintendent is not a happy superintendent right now over the test scores," Springer said. "We're going to need the whole community to come together to make sure those kids get what they deserve."

To improve reading test scores at U.S. Grant, freshmen have to take two English classes and after-school tutoring has recently been offered.

The list is based on standards set by the No Child Left Behind Act. To see if your child's school is on the list click here.