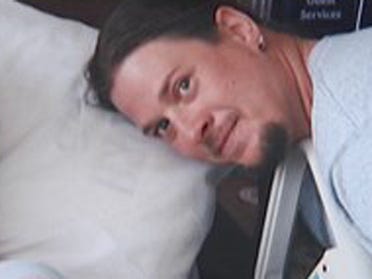 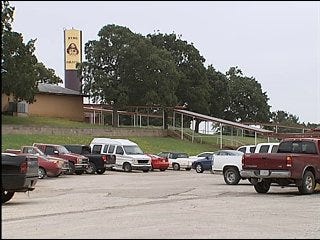 BYNG, Okla. -- A startling discovery was made on the campus of an Oklahoma school Friday morning.

A custodian found J.R. Riley's body lying outside the junior high building shortly after 7 a.m. The custodian told the superintendent.

"It was quite a shock when I got the phone call that there was a dead body discovered on campus, and especially shocking when we discovered it was the body of a former student," Superintendent Todd Crabtree said.

The 34-year-old Riley attended Byng schools in the early 1990s. Investigators found no evidence of trauma on his body. They said they did find drugs, however.

Some students arrived at school in time to see the body. They all went to see the school counselor.

Earl Riley is still absorbing the shock of his son's death.

"He was a good boy," Earl said. "He loved his two boys and loved his sister and mom."

"The stress just ate him up, and we knew that something was going to happen, but we didn't know when," Earl said. "It just scared us to death."

The weekend will give everyone at school a time to recover.

"If this situation was going to happen, we're glad that it's a Friday, and we can have the weekend to let everybody clear their thoughts and return hopefully to a normal school week," Crabtree said.

While Byng tries to return to normal, J.R.'s body is in the hands of the medical examiner in Oklahoma City, and his family awaits a decision on the cause of his death.

A memorial fund has been set up for J.R. Riley's children. You can make a contribution at Oklahoma Heritage Bank in Ada, Okla.

Byng is in southeastern Oklahoma, a couple miles north of Ada.