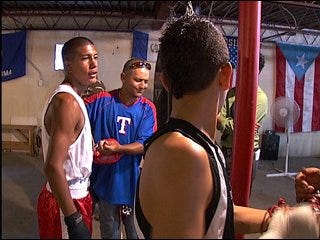 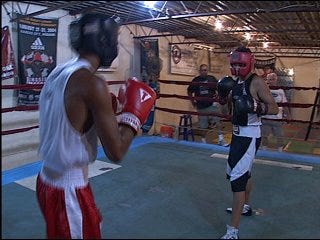 OKLAHOMA CITY -- Oklahoma City police are doing everything they can to keep young people from a life of crime, including promoting extracurricular activities, but they need more funding.

The Oklahoma City Police Athletic League has one goal: Keep kids out of trouble by getting them more involved in sports, but money has hindered that goal.

"It's kind of a win-win situation. We get them off the street, out of trouble and give them something to do," Lt. David Williams said.

Jose Guadarrama and Juan Saucedo are two 14-year-olds who are perfect examples of what good comes from the league.

They fight back with boxing gloves instead of fighting back with knives and guns, something that is all too common in their neighborhood.

The two teens said they've been able to focus on fitness and competing in boxing events instead of running around with gangs that plague their south Oklahoma City neighborhood.

"I'm waking up in the morning, running, jogging, training hard, a lot of exercise." Saucedo said.

In fact, the two of them are so good at what they do, they've been able to qualify for a national boxing event in California later this month.

"To me, that's something very important. That's like another step to me, another goal," Guadarrama said.

But to get to the match, the police athletic league needs to raise several thousands of dollars.

"This year we're going to fly and flying is pretty expensive and flying is cheaper than driving with gas prices believe it or not. We're looking to raise about $10,000," Lt. Williams said.

So far the group has raised close to $3,000. They're hoping a several businesses will come through and offer to sponsor the teens who've been training for several months for this event in California.

If you would like to make a donation to the OKC Police Athletic League, just call 297-1137. Visit the OKC PAL Web site for more information.