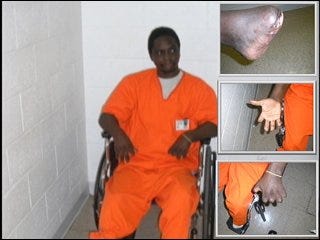 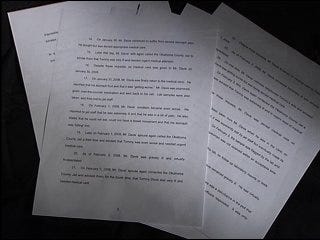 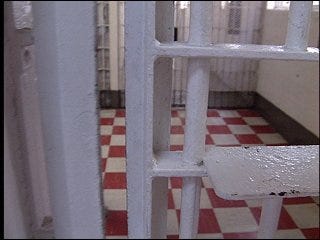 Davis is currently serving time in prison after pleading guilty to drug and firearm charges.

"This is a terrible, tragic situation," NEWS 9 legal analyst Irven Box said. "This has got horrendous results, probably more so then even if it was a death."

According to the lawsuit, Davis suffered "severe stomach pain" during his stay in the county's jail. He could "barely move" and was "denied medical care" for several days.

The lawsuit went on to say, only when Davis was "near death in the corner of his cell," was he transferred to the OU Medical Center.

There, doctors discovered Davis suffered a perforation in his intestine with "'significant' contaminants spread throughout his body."

According to the lawsuit, the septic condition was "caused by the delay" of medical care, which resulted in the tissue in Davis' limbs to start dying.

"Could it have been avoided?" Box said. "I think that's what the lawsuit is going to determine."

The lawsuit claims the sheriff, county and Correctional Healthcare Management, which provides medical services at the jail, were all negligent and asks that they be held accountable.

"Is the health care as good as the outside? No, but it's supposed to be adequate to save lives and not let situations like this occur," Box said.

A recent report by the U.S. Department of Justice said inmates are given inadequate access to medical care.

The Department of Justice and the U.S. Attorney are heading the investigation into Christopher Beckman's death.