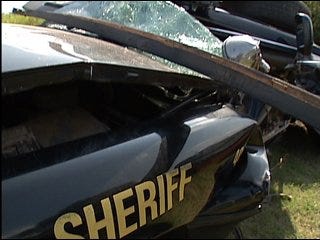 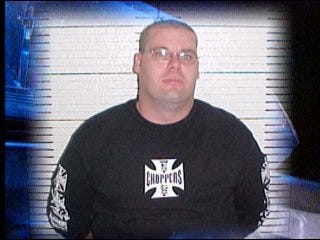 The Payne County D-A said the DUI case was dismissed because the police officer, who arrested Justin Colton for drinking and driving, didn't have the probable cause to do so.

Colton has survived three serious accidents and he avoided a DUI conviction in 2003, less than a month after he was hired by the Payne County Sheriff's Office as a jailer.

He was never tried on the DUI charge because the city of Perkins police officer who arrested Colton technically didn't have the right to do so.

Colton was stopped following a call from a concerned citizen that he was driving drunk. Instead of waiting to observe any signs of being intoxicated, the responding officer immediately stopped Colton solely based on what the citizen observed.

"He did the exact, right thing he should have done, but he didn't have a probable cause to make an actual arrest for a DUI because there was no violation of the law in his presence," NEWS 9 legal analyst Irven Box said.

Under Oklahoma law, a call from a concerned citizen isn't probable cause for an officer to stop a driver for a misdemeanor offense like a DUI.

The state law doesn't sit well with members of M.A.D.D.

"We definitely need to look at working with our legislators to make sure if an officer pulls someone over, there's no technicalities that are in there for that officer to be able to arrest that person with probable cause related to a DUI," Oklahoma M.A.D.D. executive director Virgil Green said.

Because the DUI case never ended up on Colton's record, he was re-hired by the Payne County Sheriff's Office last year, where he is still employed.

NEWS 9 attempted to contact the officer who arrested Colton to get his side of the story, but the Perkins police chief said the report with that information had been sealed and was unavailable.