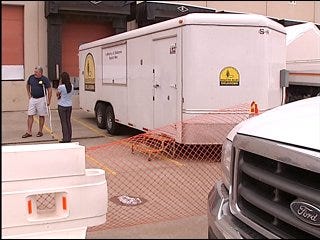 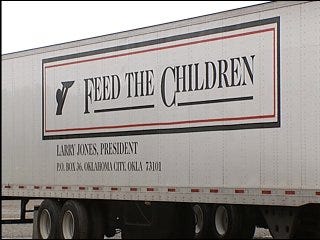 OKLAHOMA CITY -- Hundreds of volunteers and several state agencies are standing by to help in the wake of Hurricane Ike.

Emergency responders said they're not expecting any evacuees at the Lucent Technology Center in west Oklahoma City, but they're standing by with 4000 beds. If evacuees don't show up in the metro, there is plenty of help heading to Texas.

"We just finished up with Gustav," Feed the Children volunteer Tony Sellars said.

Now for many volunteers, it's time for round two. While Hurricane Ike pounded Texas, emergency responders and volunteers prepared to help.

As roads start to clear, many Oklahomans will be on their way to Texas.

"They expect these trucks to do 10,000 meals a day somewhere in Texas," said Sam Porter, who works for the Southern Baptist Convention.

Local volunteers with Feed the Children and the Southern Baptist Convention are shifting gears from Gustav's aftermath in Louisiana to Ike's wrath in Texas.

"I think it's no accident that God's raised up an army of disaster relief people out of our churches," Porter said.

He's been working with others all week filling trucks with loads of food and supplies.

"Not only with the physical items we bring them, we want to bring them hope that there are people that care about their situation, that are standing by to assist them in their time of need," Sellars said.

These volunteers appear tireless in their efforts to help thousands in need from Louisiana to our neighbors in the south.

"We get tired but we don't get discouraged because we know we're doing God's will in our life," Porter said.

The trucks full of supplies could be heading out late Sunday or first thing Monday morning. OG&E is also planning to send a crew out to Texas to help those without power.