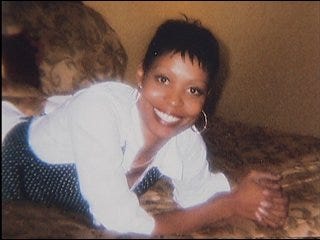 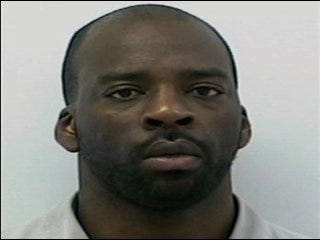 DEL CITY, Okla. -- It's been one week since a Del City woman disappeared.

The last time Naketta Smith's family heard from her was last Friday night. They think her ex-husband, Dontee Johnson, has something to do with Naketta's disappearance.

The family is now offering a reward to anyone that can provide police with information about Naketta's disappearance. They are also handing out flyers around Del City in hopes of finding the missing mother.

It's been exactly a week since Debra King has heard her daughter's voice.

"We talked about a church picnic we were going to at 10 a.m. on Saturday, and that was the last time I heard from my daughter," King said.

Time may be standing still for 31-year-old Naketta Smith's family, but they are not. Since the mother of three's disappearance family members have been searching wooded fields and vacant apartments.

Del City police are focusing the investigation around Naketta's ex-husband, 34-year-old Dontee Johnson.
He was found driving Naketta's car with her two children inside. Police also found evidence of a violent attack inside the woman's home.

Besides that, King said Johnson was abusive and has a long criminal history.

"I believe he hurt my daughter and took her somewhere," King said.

A close friend of the family said it's unusual for Naketta to leave her children.

"If there was any way that she had control of the situation she would not be away from her children right now because she was a very good mother, always active with her kids," family friend Kathy Day said.

Police said Johnson is not answering questions about Naketta's disappearance. That's why the family is offering a reward and using flyers.

"I got my faith out there, but I've got to be prepared for the worst," King said. "I just want to find her home, you know, even if she's not alive; I still want to find her so that we may bring her home."

Johnson is being held in the Oklahoma County jail without bond on unrelated charges.

Family, friends and a private search team will scour parts of Del City and Lake Stanley Draper in an effort to find Naketta.

If you know anything about Naketta Smith's disappearance you are asked to call Del City police.