Money in the bank still a safe bet 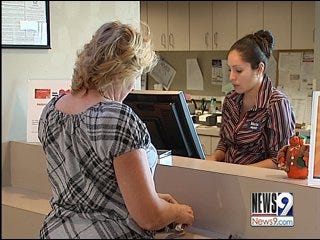 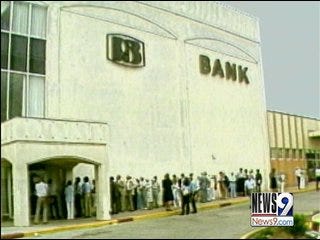 OKLAHOMA CITY - The bottom line is providing security for customers. There was a time in Oklahoma's recent history when customers had good reason to be worried about banking. Fortunately, putting your money in a bank is still a safe bet despite all the turmoil in the financial industry.

"Keep in mind, 98 percent of the banks in the country are in what they call a well capitalized situation and that accounts for 99 percent of the deposits" said Brad Krieger of Arvest Bank.

In the Senate's proposal on the bailout of the financial industry, they're calling for increasing the Federal Deposit Insurance Corporation cap of $100,000 dollars to $250,000. That means if something happens to the financial standing of the bank, individuals could still get their money up to the $250,000.

"One thing we're dealing with right now is a confidence factor. If you can move that insurance, that people's money is insured up to $250,000, it should increase their confidence in those deposits," Krieger said.

In 1982, Oklahoma was rocked when Penn Square Bank collapsed. People lined up at the door trying to get their money.

Phil Busey was an attorney for the bank at the time.

"The ability of loan limits for Penn Square Bank were around $3 million per transaction. But they were selling loans far in excess of that, with huge participation being taken by some of the larger banks," Busey said.

The former Penn Square Bank attorney said some of those loans were not adequately secured, and when expected revenue didn't materialize, it caused a domino effect resulting in the bank failing. People lost money, especially small businesses.

Busey lost his job, but now he has his own consortium that helps small businesses start up. He said he supports the Senate's revised bailout plan.

"I think it's important to give individual depositors and businesses that are depositing with financial institutions some comfort to know that their funds are insured," Busey said.

The Oklahoma Banking Association is on a statewide campaign now, traveling to different communities helping people understand what's going on with the banking system.

Money in the bank still a safe bet