SNU worker adopts students as own 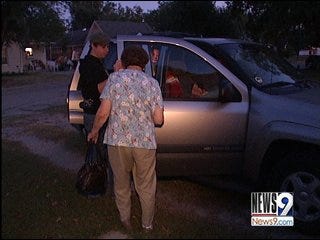 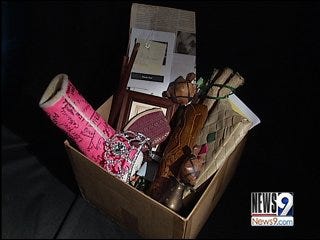 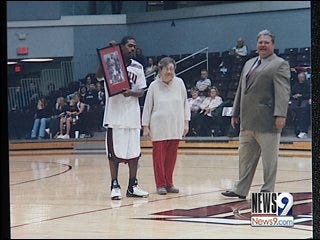 BETHANY, Okla. -- At one metro university, there's a very special woman who works in the cafeteria.

She's so special, she's attracted several students that act as doting grandkids. Swiping meal cards at Southern Nazarene University's dining commons might be considered a monotonous job, but Margaret Randolph, who goes by Miss Peg at the college, has been doing it for ten years.

"I just love the kids," Miss Peg said. "I know they're all adults, but it doesn't matter to me. I go back to Ohio and tell them I have to get back to my kids."

Several of the students visit her at home, helping her with chores, errands or anything else she needs.

SNU Junior Brian Davis is even taking her to the grocery store.

Although Miss Peg said it's these kids who are making the difference in her life, the students said Miss Peg's the one who's making a difference in theirs.

"Well, I love her to death," Davis said. "I mean, she's really...kind of like the grandmother I never had."

Miss Peg has boxes full of gifts that the students have given her over the years, including notes they've written, pillows they've sewn and artifacts they've brought back to her from around the world.

One of the basketball players decided that in his parent's place at the team's end of the year ceremony; he would bring Miss Peg with him out on the court.

Miss Peg said there's a reason she loves her job.

"She's up there every single day with a smile on her face," Davis said. "You could be having the worst day of your life, and she's going to give you a hug and a smile. It's just really encouraging."

Miss Peg said the kids have really helped out since her husband passed away two years ago.

SNU worker adopts students as own