Race plays role in some votes 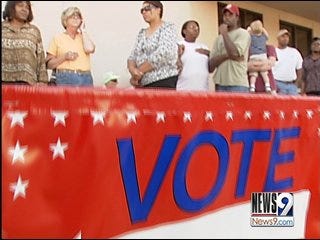 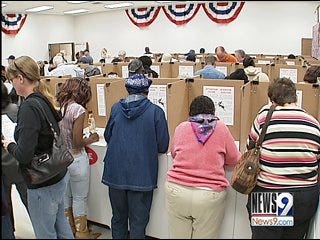 OKLAHOMA CITY -- The latest NEWS 9 poll of likely voters portrays what voters think would happen to race relations in the United States if Barack Obama is elected president.

"I'm surprised at that," said Dr. Howard Kurtz of Oklahoma City University. "I could see where it could go both ways."

Kurtz said it's easy to see why a conservative state, like Oklahoma, could be upset with an Obama presidency, but to believe race relations would get worse.

"I'm kind of saddened to hear that might be the case," Kurtz said.

It's sentiments shared by many voters on both sides.

"I don't think it's between black and white," voter Sandra Hitt said. "It's between two men."

There are also those who believe racial tensions will always be there.

"You still got all types of folks out there who don't like blacks or blacks that don't like whites," voter Melvin Bright said.

Bright believes we could move past prejudices if Obama is elected Tuesday.

"Well, I'd hope that people would be calm, in the first place, secondly I hope they'd be prideful that we got a person that close," Roosevelt said. "We'll have to work a little harder."

Kurtz said by the year 2050, the white population is projected to be a minority group, so more minorities are expected to be seen in big races in our future.

Race plays role in some votes