Voting never gets old, even at 103 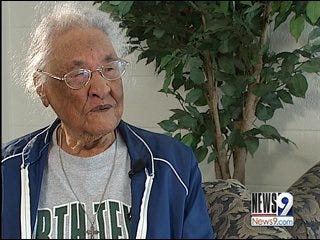 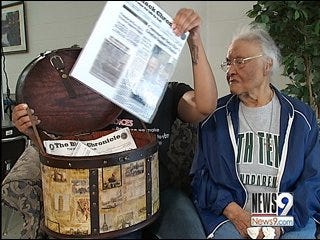 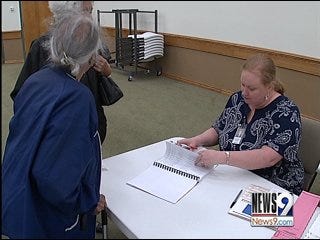 SHAWNEE, Okla. -- History will be made, whether we elect an African-American president or female vice president. And a Shawnee woman wasn't going to let her age impact voting on Election Day.

Winrow headed to the polls, and although she's not as fast as she used to be, nothing was going to stop her from voting.

Teddy Roosevelt was president when she was born in 1905.

Now, she has cast her ballot for an African-American president, something she never thought she'd live to see.

"Well, that will be wonderful. It will be a change," Winrow said.

Voting is this election was a family affair, including her 75-year-old daughter Lorene Ryan, and her great-granddaughter Ebony Morris.

"It's exciting, it's very exciting. I'm blessed to have my mother here with us," Ryan said.

Winrow's family put together a box to send to Obama that includes a newspaper article about the Centenarian and a picture of her registering to vote, along with her registration card.

Winrow said if she ever gets to meet Obama, who she thinks is wonderful, she's going to give him a big kiss.

Voting never gets old, even at 103