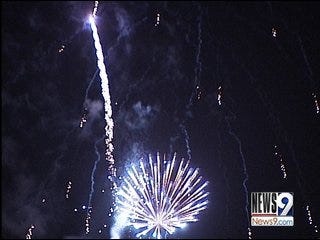 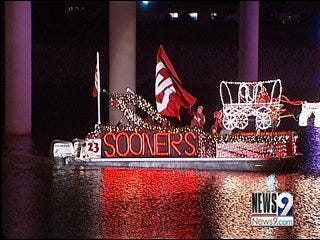 OKLAHOMA CITY, Oklahoma -- Most Oklahomans either spent the day shopping or sleeping off Thanksgiving meals, but thousands more decided to head downtown for the big holiday parade on the Oklahoma River.

Fireworks kicked off the holiday season, sprinkling the night sky with sparkle.

The colorful blasts were followed by colorful boats, making their way down the Oklahoma River.

"The fireworks were cool," viewer Cacky Poarsch said. "We had a great spot for all the boats, it was great. It was perfect."

30,000 people were expected to attend the event.