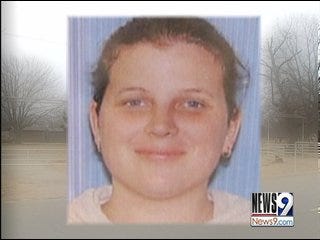 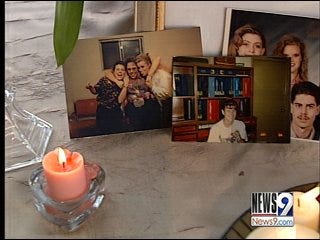 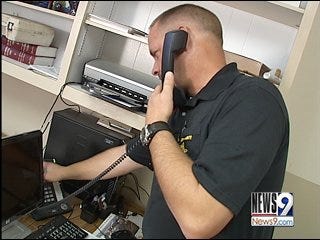 The target of the alleged murder plot is the husband of Michelle Davis, who was reported missing August 2008. She returned home weeks later, claiming she was held against her will.

Investigators continued their investigation into whether she was involved in the criminal case.

Scarpitti allegedly broke into a Paden home in July and fired a shot at Benny Davis, Michelle's husband.

Investigators later confirmed that Scarpitti and Michelle Davis are connected.

"As far as we know, they worked together in Tulsa," said Undersherriff Derrall Summers.

Investigators attempted to speak with Michelle Davis about her husband's shooting, but her lawyer, Irven Box, explained that there were many issues mentally Michelle was dealing with following the kidnapping.

Authorities continue their investigation into whether Michelle Davis was involved in the alleged murder plot.

"The unknown person as yet not charged could be my client, could not be my client," Box said. "I don't know yet, I haven't been advised by the District Attorney's office or law enforcement."

Her mother vehemently denied that her daughter was behind the murder plot or faked a kidnapping to hide from authorities.

"She has no reason to run," Michelle Davis' mother Barnie Mooneyham said. "Anyone who entertains that she's running is wrong."

Investigators aren't ruling anything out.

"We're looking into every area that's been brought up to our attention," Summers said.

Authorities said Scarpetti is cooperating fully with this investigation, and he remains in jail on a $200,000 bond.