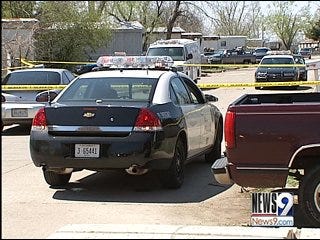 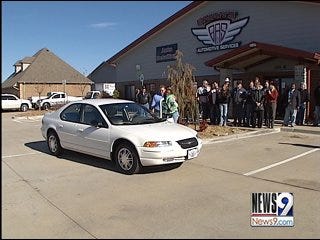 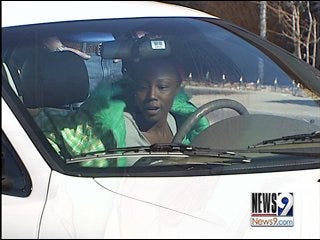 EDMOND, Oklahoma -- After a mother was murdered in Midwest City, her oldest daughter took on a parental role to three children left behind.

Shea Potts didn't have a means of transportation to take the three children to school, but several businesses came together to get the 19-year-old back on the road and behind the wheel of a car.

"It's going to be a great Christmas," Potts said.

She received the car Wednesday in Edmond.

In April, Potts' mother was allegedly killed by her mother's boyfriend, who later committed suicide.

"It's been hard, but I'm getting through it," Potts said.

Potts said the car will make a very difficult time in her life much easier.

"It's been hard since she hasn't been here, but I mean, I got to take it day by day, step by step," Potts said. "I know she's watching over us."

In addition to the car, The Central Oklahoma Home Builders Organization along with several other businesses also gave Potts gas, insurance and car maintenance for a year.

Those who helped get the car said they will continue to work with Potts, should she need something in the future.