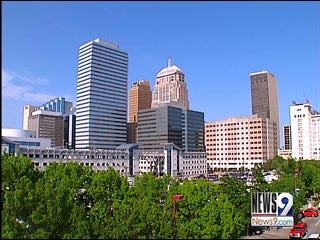 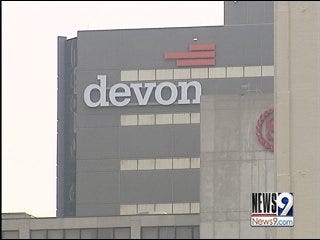 OKLAHOMA CITY -- The upcoming 2009 is going to be a challenging year for state lawmakers, as they cope with a four percent drop in revenue.

Mayor Mick Cornett said the city's revenues are actually up almost seven percent over last year, and being conservative, he said he and council might still ask department heads to cut their fiscal year 2010 budgets slightly.

The Mayor said there is evidence the recession will be felt in Oklahoma City in 2009, as companies that had been expanding have stopped expanding, philanthropic giving is down and some construction projects have been put on hold.

"There's no question some companies are acting differently, but we haven't had that one catastrophic day that a lot of communities have had when one of their major employers announces a huge layoff," Mayor Cornett said.

The Mayor is optimistic that won't happen. He said, while the city's forward momentum may be blunted slightly, there should still be plenty of progress next year.

The Mayor expects construction related to the Devon Tower project to begin in the spring, which is the same time renovations to the Ford Center will begin in earnest.

Mayor Mick Cornett said the city will continue in 2009 to look at the possibility of a MAPS Three, under which voters might be asked to once again extend the now-famous one-cent sales tax to pay for an upgrade to the city's public transit system and construction of a new convention center as part of the big Core to Shore project.

"We haven't decided if that's the way to go," Mayor Mick Cornett said. "I think this, as a community, needs to decide whether we want a break in that penny on the dollar sales tax, or whether we want to keep it going non-stop."

Mayor Cornett also said there will be no slowdown in 2009 in the city's now-famous weight loss initiative.

He plans to kick off year two of "this-city's-going-on-a-diet" on New Year's Eve, by encouraging all those who chose to not get involved in 2008.