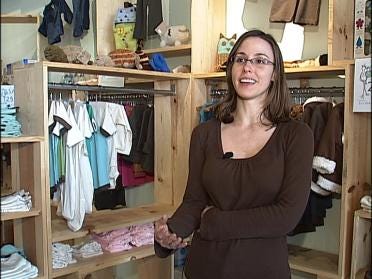 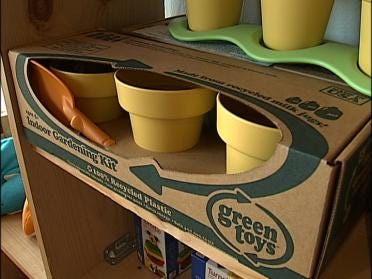 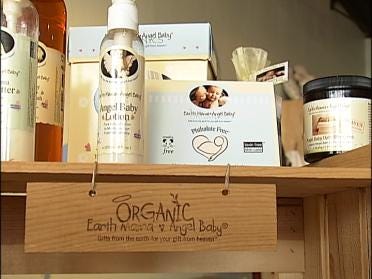 By Jennifer Loren, for NEWS 9

TULSA, OK  -- One thing shoppers are finding less of this year is organically-made toys.  That's because a new law is looming that will likely put hundreds of those types of businesses out of business.  It's the Consumer Products Safety Improvement Act of 2008 and it is a sweeping law intended to make children's toys and products safer, but the law has some unintended consequences.

Tiffany Bjorlie opened Lundeby's Ecobaby on Brookside to offer parents safe, organic and eco-friendly products.  After the slew of toy recalls in 2007 because of lead-based paint, many parents began paying closer attention to what was in their children's products.

"With the scare that we had from some international manufacturing probably gave us a good wake up and we need that," said parent Dominic Spadafore.

President Bush signed the Consumer Products Safety Improvement Act of 2008 which goes into effect February 10th, 2009.  It's intended to prevent dangerous toys from being sold in the U.S. by requiring, among other things, extensive testing on every product intended to be used by children under 12.

"Initially I was really excited about it because it increases the regulations on the toy making industry," said Tiffany Bjorlie.

But, as Bjorlie soon found out, those expensive tests are threatening to put many of her eco-friendly vendors out of business.

"There's a German company called Selecta that does some fantastic wooden toys, conforms to all the European standards, exceeds them.  But, they're having to pull out of the U.S. market because they realize that they'd have to raise prices so much that it wouldn't be marketable here. So, I've already lost those," said Tiffany Bjorlie with Lundeby's Ecobaby.

And, what's worse, she says local products like hand-made booties will actually be considered illegal to sell.

"Yeah, the natural organic products.  It would be illegal if you're not doing the testing which is just ridiculous," said Tiffany Bjorlie.

To opponents of the law that's a large and unnecessary price to pay.

"However, once we start restricting some local commerce or being able to do some hobbies and help people out that way I think is kind of a sad thing," said parent Dominic Spadafore.