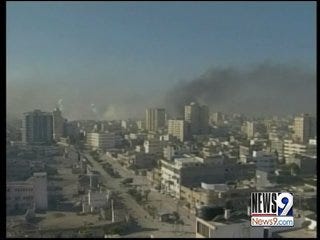 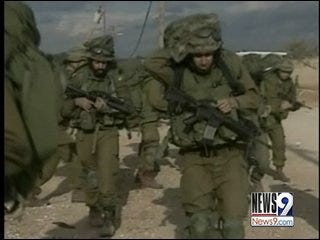 OKLAHOMA CITY -- Local Palestinian and Muslim leaders would like to see President-elect Barack Obama bring peace to the Middle East, but some religious leaders are more hopeful than others.

Obama has brought hope to many Americans, and Razi Hashmi is hoping he can do the same for the Muslim world.

"We hope he improves relations to Muslims around the world and he brings peace and justice to the Middle East," Oklahoma Executive Dir. of American Islamic Relations Razi Hashmi said.

Hashmi believes if any president can do it, it's Obama. But to be successful he said it's important the new president is more engaging, something he said has been missing.

"We want to make sure we uphold the standards of freedom of equality and justice for all because that is what America truly is," Hashmi said.

But Michael Barlow, former President of the Jewish Federation of Oklahoma City isn't as convinced.

Barlow said regardless of the kind of approach the new President chooses, all the hope in the world won't stand a chance to the type of change the region needs.

"He will not be able to bring peace as long as Hamas and Hezbolah insist upon the destruction of Israel and Israel not having the right to exist," Barlow said.

Though Israel has made the decision to end the fighting, Hamas said they have no plans to stop their attacks on Israel. Israel has already said they are prepared to respond should Hamas militants continue fighting.