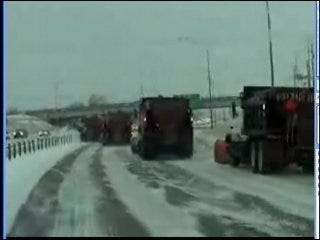 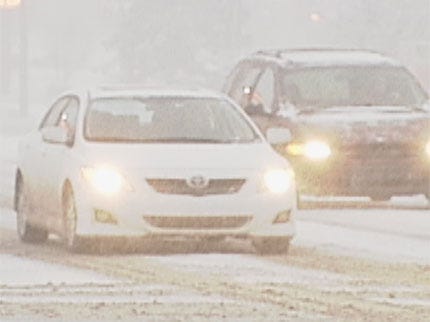 OKLAHOMA CITY --  The winter storm will continue to move out through Wednesday.

Temperatures are expected to climb above freezing in most areas tomorrow for the first time since Monday.

By Saturday temperatures could be in the 60s.

While the precipitation will stop, temperatures will not get above freezing. Drivers will likely face another slick commute on Wednesday.

The storm has been blamed for at least two deaths and hundreds of motor vehicle wrecks, but it didn't appear early Tuesday to be as strong as the 2007 storm that killed nearly 30 people and left more than 500,000 homes and businesses without electricity.

Gov. Brad Henry on Monday declared a state of emergency for all 77 counties and authorities urged residents to avoid getting out.

Among those killed was a 21-year-old Tulsa man. Renard Johnson Jr. was killed about 2:30 p.m. when his sport utility vehicle skidded into the path of a semi on I-44 near Afton, Oklahoma State troopers said.

Marcus Hawthorn, 27 died in the crash on the rain- and sleet-slickened turnpike near Chandler about 12:45 yesterday afternoon. Hawthorn lost control of the rig and it went off the turnpike and rolled onto its top, troopers said.

At: 11 a.m. Tuesday, about 6,000 homes and businesses were without power across the state, according to the Oklahoma Corporation Commission. About 5,000 of the customers were serviced by a rural cooperative.

Emergency crews were kept busy, with the Oklahoma Highway Patrol responding to at least 900 wrecks, 130 of them involving injury, the Oklahoma Department of Emergency Management reported.