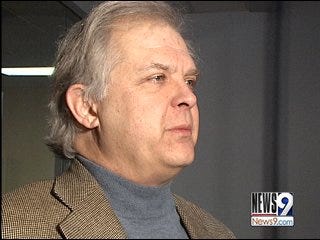 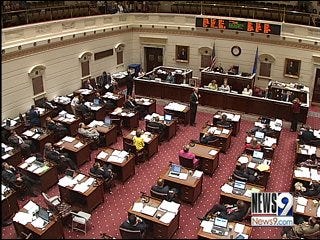 OKLAHOMA CITY -- The hot topic at the capitol Monday is what to do about the state's projected 600 million dollar budget shortfall.

With Republicans gaining control of the state legislature for the first time in history, and at a time with the nation's economy is in shambles, raising taxes is almost certainly off the table. Government cuts however are all but a sure bet.

At a time when government is stressing fiscal responsibility, the state legislature appears to be taking its own advice.

"We are in a recession, families have to cut back their spending and we in government have to do the same thing," State Rep. Richard Morrisette said.

Democratic Representative Richard Morrisette believes the budget shortfall is more like $800 million. He said the deficit means looking at every agency even ones often considered off limits like education and public safety.

"If we do our homework, that $800 million can be found through anticipated government cuts," Representative Morrisette said.

And while Republican State Senator Steve Russell and his fellow republicans agree cuts are necessary, whether the two sides can work together remains to be seen.

"There is not this imagined animosity that people think," Senator Russell said.

However, Morrisette believes bipartisanship will be hard to come by now that Republicans have control of the state legislature.

"There's only going to be one side doing the talking early on," Rep. Morrisette said.

The legislature could erase almost all the state's debt by tapping into the state's rainy day fund. But that issue is uniting the two parties because both sides are against the idea.