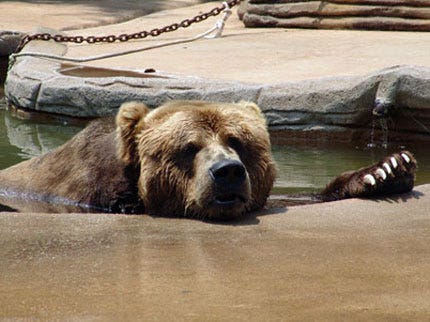 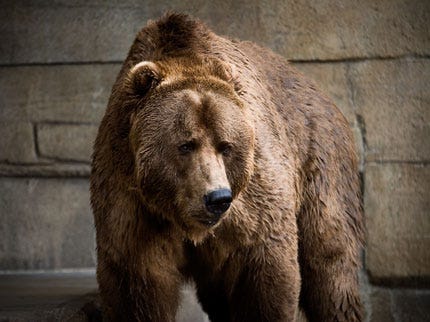 After discovering signs of severe and inoperable liver disease, the zoo's veterinary staff decided to humanely euthanize the bear.

"From the physical exam and ultrasound scan of his abdomen it was clear that his condition was severe and untreatable," said Dr. Kay Backues, the Tulsa Zoo's staff Veterinarian.

Preventative medicine is the major focus of veterinary medicine at the Tulsa Zoo.

Zoo officials said the bears can live as long as 25 to 30 years in the wild, 30 to 40 years in captivity, if they remain in good health. Many zoo animals are living longer lives and facing the health issues of advanced age.

Yukon was a well-loved personality at the zoo and had many fans; his enormous size, 1,440 pounds made him an impressive reason to visit the south end of the Zoo.

Yukon arrived in 1985 to the Tulsa Zoo from Seattle's Woodland Park Zoo, where he was born in 1981.

With Yukon's death, the Tulsa Zoo now does not have any Brown Bears on exhibit.