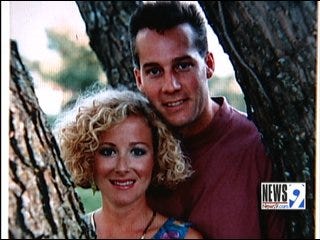 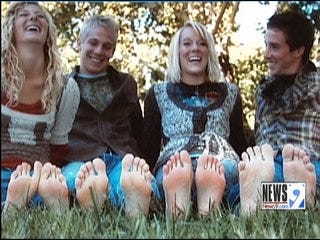 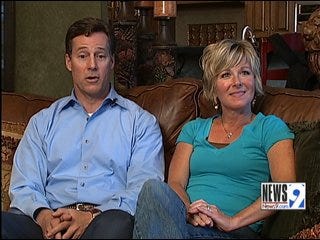 EDMOND, Oklahoma -- At a time when multiple births break new boundaries and dominate the headlines an Oklahoma couple once garnered front page attention for the birth of their quadruplets.

The family often referred to as the Van Meter quads now celebrate their 18th birthday.

David and Kelly Van Meter were only three years into their marriage and trying to juggle new careers.

The family of two grew to six overnight. Hannah, Emily, Ethan and Zachary came into the world just two minutes apart. The babies would later leave the hospital one at a time, nearly a month later.

The couple's story was a headline sensation overnight.

"I had blankets...People from small towns knitted things and sent things," Kelly Van Meter said. "Of course, donations came in from everywhere. It was overwhelming."

But as the headlines began to fade and the Van Meter's settled into life as a family of six, different personalities began to emerge with each new phase and different sets of challenges.

As juniors attending Edmond Memorial High School, the children have all developed different personalities and are excelling as individuals.

They all admit there are definite perks of being a multiple, but also a downside.

"There's times where Hannah has a best friend or I have a best friend and we kind of have to share friends," Emily said. "At that time you're kind of sad, but as you get older you have separate friends and yet all mingle at the same time."

The quadruplets even admit to the occasional quarrel.

"We argue over who gets to drive sometimes or even just like parking right," Ethan said. "I try to make sure the girls park right because there's not enough space to park."

Both David and Kelly Van Meter admit they were overwhelmed at the news they were having four babies, but they wouldn't have changed a thing looking back.

"'How did this happen?'" Kelly Van Meter said. "We're so thankful that they're so healthy. How could we have these premature babies and now they're grown, they're all thriving in different areas of their life."

All four children have a 4.0 Grade Point Average in Advanced Placement classes. Hannah, Emily, Ethan and Zachary turn 18-years-old next week and will begin their senior year next fall.

They said they all plan to go to college locally if scholarships present themselves.

While twins do run in the family, Kelly Van Meter said she was on fertility medicine when she became pregnant with the quadruplets.