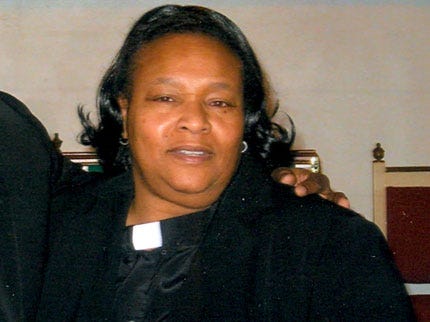 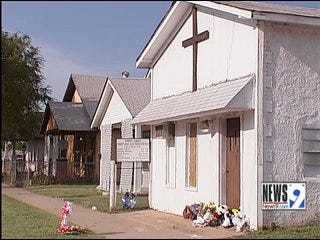 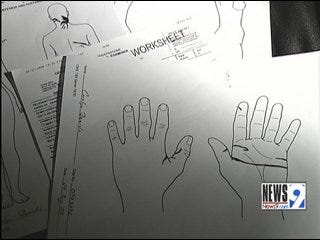 The report also cites sources close to the investigation as saying the killer sprayed a dissolving chemical around the body to destroy DNA evidence.

NEWS 9 spoke with Vernon Geberth, an expert who has written dozens of books on all aspects of homicide, and asked why a killer would take such steps.

"When an offender removes the clothing from a crime scene and then adds chemicals to the crime scene, he or she is obviously looking to thwart the investigation by preventing authorities from having access to the evidence," Geberth said.

The Oklahoman's report also indicates Daniels body was found in the crucifix position, but a criminologist said that could be just the way her body fell.

However, earlier this week the Oklahoma State Bureau of Investigation told NEWS 9 that Pastor Daniels body was "posed," meaning it was moved after death.

"The presentation of a body, especially that of clergy person, in a manner suggestive of a crucifixion would lead me to believe the offender has focused his attack on some underlying anger or retribution," Geberth said.

But the homicide author said investigators won't know that until they make an arrest.

"The immediate problem that I see for criminal investigators is that they're not privy to the offenders motivation or his thinking pattern," Geberth said. "In all honesty, the devil will be in the details."

NEWS 9 spoke with OSBI Sunday and they cannot confirm or deny any of the details released by The Oklahoman, but they are disappointed someone leaked information to the media.

Authorities say they have only a few leads in the investigation and the FBI is now helping. If you have any information, please call 1-800-522-8017.

Funeral services for Carol Daniels are set for Monday at 1 p.m. in Oklahoma City at the Greater New Zion Baptist Church on NE 28th Street.

In spite of Daniels' death, there are still big plans for the small church she worked so hard for.

"They were sending a team, you know, like Evangelistic crusades, a couple of team members in there they were going to revitalize the community," said Pastor Craig Brown, the Christ Holy Sanctified Church Vice-President.

Pastor Craig Brown said they will move forward with their plan to grow the church's congregation, but now they will do it in her honor.