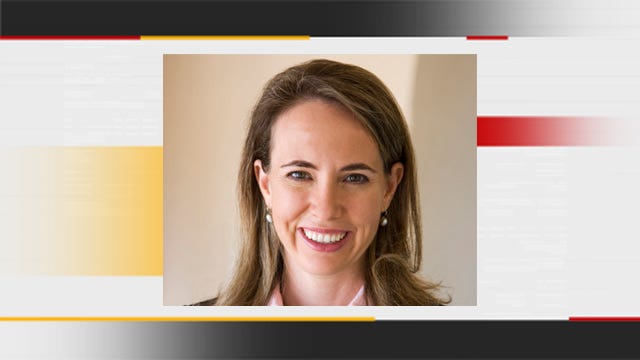 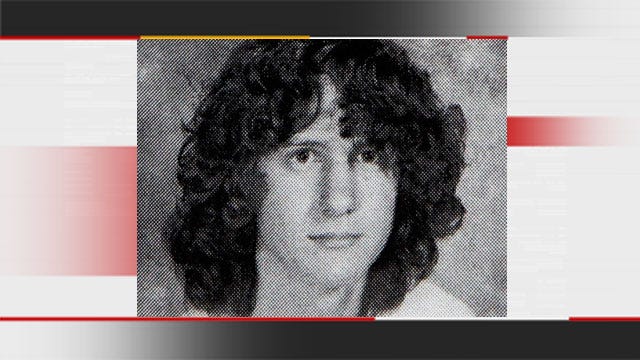 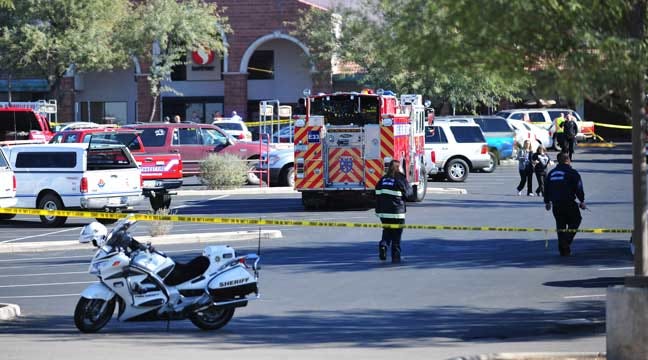 TUCSON, Arizona -- Rep. Gabrielle Giffords of Arizona was shot in the head Saturday and wounded, and six others were killed including a young child, a federal judge, and a staffer for
the Democratic congresswoman in an attack Saturday.

Sunday's reports indicate that 13 people, including the congresswoman, were wounded when an assailant opened fire outside a grocery store as the Democratic lawmaker met with constituents, officials said.

The 9-year-old girl killed by the gunman is the granddaughter of former manager Dallas Green, The Philadelphia Phillies said Sunday.

Christina-Taylor Green was shot outside a Tucson grocery story when she went to see Rep. Gabrielle Giffords, who was meeting with constituents there. Giffords was among 13 people wounded in the melee that killed six people, including Arizona's chief federal judge and an aide for the Democratic lawmaker.

The suspect was captured at the scene. He was identified by people familiar with the investigation as Jared Loughner, 22. Pima County Sheriff's officials said he used a 9 mm pistol to carry out the shooting spree. U.S. officials who provided his name to the AP spoke on condition of anonymity because they were not authorized to release it publicly.

His exact motivation was not clear, but a former classmate described Loughner as a pot-smoking loner who had rambling beliefs about the world. Federal law enforcement officials were poring over versions of a MySpace page that belonged to Jared Loughner and over a YouTube video published weeks ago under an account "Classitup10" and linked to him.

The MySpace page, which was removed within minutes of the gunman being identified by officials, included a mysterious "Goodbye friends" message published hours before the shooting and exhorted his friends to "Please don't be mad at me."

In one of several Youtube videos, which featured text against a dark background, Loughner described inventing a new U.S. currency and complained about the illiteracy rate among people living in Giffords' congressional district in Arizona.

"I know who's listening: Government Officials, and the People," Loughner wrote. "Nearly all the people, who don't know this accurate information of a new currency, aren't aware of mind control and brainwash methods. If I have my civil rights, then this message wouldn't have happen (sic)."

The hospital said Giffords' outlook was optimistic as she was responding to commands from doctors despite having a bullet go through her head.

The reaction to the shooting rippled across the country as Americans were aghast at the sight of such a violent attack on a sitting member of Congress. The shooting cast a pall over the Capitol as politicians of all stripes denounced the shooting as a horrific and senseless act of violence. Capitol police asked members of Congress to be more vigilant about security in the wake of the shooting, and some politicians expressed hope that the killing spree serves as a wake up call at a time when the political climate has become so emotionally charged.

President Obama has sent the FBI director to oversee the investigation into the congresswoman's shooting.

"We came to know each other before she came to Congress, serve together, share campaign staff, are fellow blue dogs, and friends," he said. "Andrea and I send our prayers to her husband Mark, her family, and the families of all those affected by this shooting. We are still waiting for all information on this horrific event to become available."

"I am shocked and saddened by the events surrounding my friend, US Rep. Gabriel Giffords. I admire Gabby and respect her both as a Member of Congress and as a person," he said. "While the details are still unclear, this attack is shocking and tragic as she was simply doing her job, meeting with constituents at an event in her district. Yesterday, I flew with Gabby from Washington, and I am sickened by today's events."

"My deepest thoughts and prayers go to Congresswoman Giffords, the other victims and their families. There is no rational explanation for this type of violence and I strongly condemn this attack. My family and all of our staff are deeply grieved by this tragedy and we pray for Congresswoman Giffords, her staff and all others affected. I join the rest of Oklahoma's Fifth District in praying that God would guard the life of all those injured and give strength to the families of those who have been killed."

"I am horrified by the senseless attack on Congresswoman Gabrielle Giffords and members of her staff," newly elected House Speaker John Boehner said.

"An attack on one who serves is an attack on all who serve. Acts and threats of violence against public officials have no place in our society. Our prayers are with Congresswoman Giffords, her staff, all who were injured, and their families. This is a sad day for our country."

U.S. District Judge John Roll was one of the dead. Giffords had worked with him in the past to line up funding to build a new courthouse in Yuma, and Obama hailed him for his nearly 40 years of service as a judge.

Giffords spokesman C.J. Karamargin said three Giffords staffers were shot in the attack. One died, and the other two are expected to survive. Gabe Zimmerman, a former social worker who served as Giffords' director of community outreach, died.

The shooting occurred at a shopping center called La Toscana Village as Giffords met with voters outside a Safeway grocery store.

Alex Villec, 19, a volunteer for the event, told the Arizona Daily Star that the gunman asked to speak to Giffords, but Villec told him to go to the back of the line. The gunman did that, and minutes later he walked toward her.

Villec said the shooter walked past tables and toward Giffords, then raised his hand. Villec said he heard gunshots before ducking behind a pillar.

"It was bedlam," he said. "People were getting down on the ground. They were screaming. I just did what I could to keep myself protected." Villec said he did not see two men tackle the gunman but afterward spoke with one of the men who was next in line to greet Giffords.

Giffords, 40, was re-elected to her third term last November.

She was a member of the Arizona House and Senate before coming to Washington. Giffords was first elected to Congress amid a wave of Democratic victories in the 2006 election, and she won a narrow victory against a tea party favorite in the 2010 election.

Her Tucson office was vandalized a few hours after the House vote to approve the health care law in March, with someone either kicking or shooting out a glass door and window.

Despite the animosity she has generated from the right, Giffords describes herself as a former Republican and current Blue Dog Democrat.

"You know, actually as a former Republican, you know, I consider myself someone who is pretty in the middle, I'm a blue dog Democrat, and one that is interested in making sure that our country maintains our prosperity and frankly, our superiority over other countries and that's where we look at these threat, obviously our defense budget, our level of education," she said in an interview with Fox this week.

LeighAnne Manwarren Thirteen more virus-related deaths and 980 new confirmed coronavirus cases were reported in the state since Tuesday, according to daily numbers released by the Oklahoma State Department of Health.

LeighAnne Manwarren Thirteen more virus-related deaths and 980 new confirmed coronavirus cases were reported in the state since Tuesday, according to daily numbers released by the Oklahoma State Department of Health.
View More Stories

LeighAnne Manwarren Thirteen more virus-related deaths and 980 new confirmed coronavirus cases were reported in the state since Tuesday, according to daily numbers released by the Oklahoma State Department of Health.

CBS News President Trump and Democratic presidential nominee Joe Biden sparred during the first presidential debate Tuesday – and the men did not mince words while facing off on several issues.

Disney To Lay Off 28,000 At Its Parks In California, Florida

Associated Press Squeezed by limits on attendance at its theme parks and other restrictions due to the pandemic, The Walt Disney Co. said Tuesday it planned to lay off 28,000 workers in its parks division in California and Florida.
View More Stories