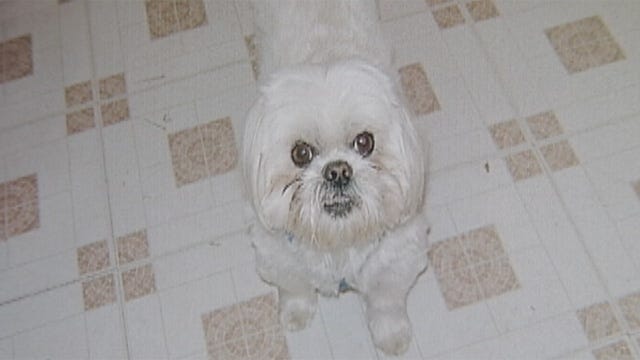 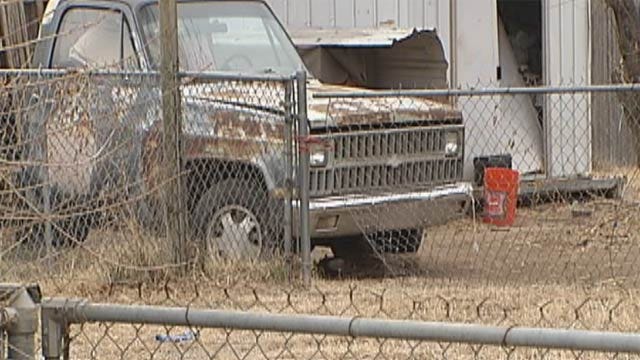 OKLAHOMA CITY -- Ray Montgomery, 70, said he suffered a dog bite to his right hand trying to save his mother's Shih Tzu from the jaws of his neighbor's pit bull. But, he was not able to save 11-year-old Teddy Bear.

The rare white Shih Tzu died at the vet's office from the injuries he sustained during the weekend attack, but Montgomery said it could have been much worse.

"Our grandchildren were playing in the backyard 10 minutes before it happened," said Montgomery. "The Lord only knows what would have happened. This is ridiculous, enough is enough."

The dog's owner said he feels sorry about what happened but said it was an accident.

"It's never happened before," said the dog's owner, who did not want to be identified. "I've never seen the dog act aggressive and she just got loose."

The dog's owner said he always kept the 2-year-old pit bull, Whiskey, chained up in the back yard. But he said the loop on the collar broke, causing Whiskey to run loose.

Montgomery disagreed. He said he's had to tell his neighbor many times that his dog was loose.

"I don't know how many times its going to happen around town with these pit bull dogs," said Montgomery. "But somebody needs to do something about people possessing and owning those dangerous animals in our community."

Oklahoma is one of 11 states that does not have a ban against pit bulls. The state has a law against banning against a specific breed. Midwest City used to have an ordinance against pit bulls, but it was overruled by the court of appeals.

Danielle Dodd with Pit Bull Rescue Central in Norman is opposed to a city ordinance of any kind.

"It's the deed, not the breed," Dodd said. "It's all about how the owner train and treats their dog. I am yet to be bitten by a pit bull or other bully breed, but I have been bit by plenty of Labs, German Shepherds, even Chihuahuas."

State Representative Paul Wesselhoft of Moore said he's tried to get a bill passed that is breed specific in the past but said there was great resistance from dog breeders and veterinarians.

"In order to get something done, someone is going to have to lose their life again," said Wesselhoft. "That doesn't need to happen."

Recently, a 9-year-old Tulsa girl was badly injured after a pit bull attacked her while she was visiting a friend.