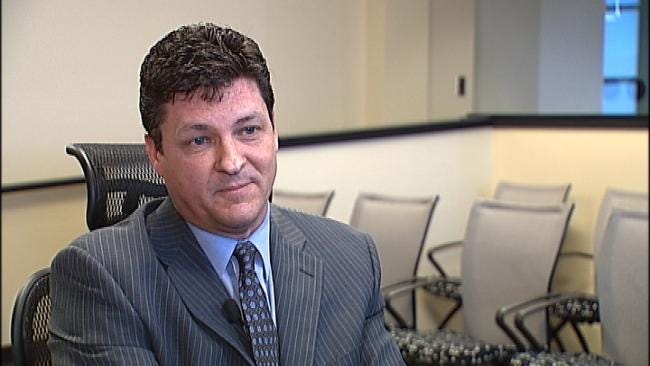 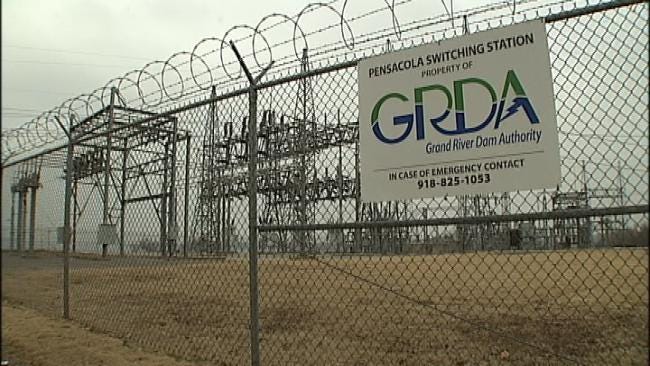 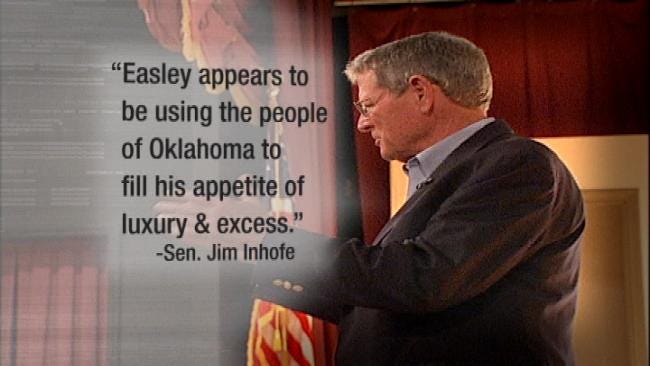 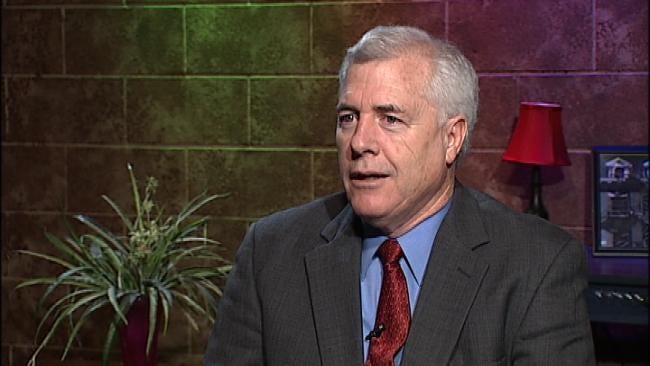 VINITA, Oklahoma -- The head of a powerful state agency is facing heightened scrutiny from Oklahoma's elected leaders. The CEO of The Grand River Dam Authority recently received a $90,000 raise just months after raising the energy rates of the agency's power customers. Some say he's abused his power one too many times. Others, including the man himself, say he's worth every penny.

His name is Kevin Easley. Many people believe he used his power and influence to get himself a huge raise.

"Really, it's kind of comical that they think I'm that powerful," Easley said.

As CEO of GRDA Easley's employment contract shows he is now making $225,000 a year plus benefits. GRDA is a state agency that works like an electricity wholesaler, providing power to hundreds of thousands of Oklahomans through co-ops and municipalities across the state.

All of GRDA's customers were forced to swallow a 12 percent rate hike in January of 2010. Customers the Oklahoma Impact Team spoke with aren't happy about it.

The OIT discovered Kevin Easley's salary includes a $90,000 raise, received just four months after the rate hike. That's $90,000 more than state law allows for his position, which is capped at $137,000.

But the GRDA Board got around that, legally, when the Legislature passed a law three years ago creating a new position at GRDA: Director of Investments. The board gave Easley that position for an additional $90,000.

The author of that bill, Senator Brian Bingman, said he was unaware of Easley's raise. Senator Bingman, who's now President Pro Tem, said his bill was not intended to give Easley a raise and he's troubled it's being used that way.

In a statement to the Oklahoma Impact Team Bingman said "I am appalled that the GRDA would use legislation designed to address a personnel need within the organization to serve as a back door tool to fund a salary increase."

When the rate hike was announced, a group of GRDA municipal customers complained that GRDA's administration costs were too high. That group called into question the need for a 12 percent rate hike. In the end, they said, they just had to "take it." One city's utilities manager said he spoke for all 16 municipalities when he said he was "shocked and stunned" to learn of Easley's raise.

Easley said he had no choice but to raise administrative costs in order to bring the agency up to a modern standard.

U.S. Senator Jim Inhofe is a long-time critic of Easley.

"I'm just anxious for someone to get in there and clean that mess up," Senator Inhofe said.

Inhofe points to increased fees on Grand Lake and several expenditures he calls excessive. An example, he said, is the so-called GRDA playhouse, an office space Easley rented at one time above Hooters in Oklahoma City's Bricktown.

Inhofe has expressed his concerns on Capitol Hill, stating in a committee hearing, "Easley appears to be using the people of Oklahoma to fill his appetite of luxury and excess."

He said the latest rate hike and Easley's raise are proof of that.

Before he was CEO of GRDA, Kevin Easley was a democratic state senator. In fact he's the very state legislator who wrote Senate Bill 408 in 2003. It essentially gutted the structure of GRDA's administration and put a new one in place. Months later, Easley resigned his position in the Senate and took over the newly restructured GRDA.

"It violated the law," said republican State Representative Mike Reynolds. "There is no way around it as far as I'm concerned."

Reynolds said it's clear Easley used his power to create that job for himself. He said it was "well talked about on the floor" that Easley then got the right people appointed to the GRDA's board of directors. Reynolds admits he cannot prove it, but he believes Easley used that same power to create his raise.

But the Chairman of GRDA's board, Tulsa businessman David Chernicky, is offended by all of the accusations against Easley.

"This man was the driving force in accomplishing bringing the GRDA up to a modern agency that Oklahoma can be proud of," said Chernicky.

He points to the fact that GRDA's bond ratings went from junk bond status to an A rating, a huge turnaround. He said that alone saves customers millions and Easley deserves to be rewarded.

"I think it's a bargain," Chernicky said. "I'd pay him twice that if he'd come to work for me."

Plus, Chernicky said, if Easley worked in the private sector, his salary would be much higher. Easley agrees.

"It's a nice salary, but it's also, for this position and holding both positions, I think it's probably well below the market," said Easley.

Read the GRDA Board meeting minutes where Easley called his new position a "cost-cutting" measure.

Easley said the proof of his worth is in the future stability of one of Oklahoma's largest power sources.

"I think they ought to look at it like let's look at his total work," Easley said. "How many millions of dollars has he saved rate-payers in regards to his total work?"

But that's not how many Oklahomans see it.

The GRDA Board agreed to renew Easley's contract for five years, making it worth $1.1 million. That vote came the day after the 2010 elections. Some have speculated that the board gave him a five year contract for fear the incoming Republican Governor, Mary Fallin, would replace the board. That board would then have the power to replace Easley. If that happened, according to Easley's contract, GRDA would have to pay out all five years of his contract. Easley's last contract was not set to expire until July, 2013.

Easley said that is not the case, explaining that the date of the board meeting had been set many months prior to the election. He said the fact that it fell the day after the election is just a coincidence. He said the board discussed signing him to an even longer contract, but settled on five years. He denies any fear of being replaced.

Read the GRDA Board meeting minutes when his contract was extended.

Lawmakers have responded to the OIT investigation with action. Representative Mike Reynolds said he plans to ask the Attorney General if Easley's contract is legal. Meanwhile, Governor Mary Fallin said she had already sent a letter to the State Auditor to do a performance audit of the management of GRDA. The Senate President Pro Tem Brian Bingman said he's looking into legislative remedies to protect GRDA customers from this type of action.