Grandmother Of Murdered Granddaughter Speaks Out About DHS 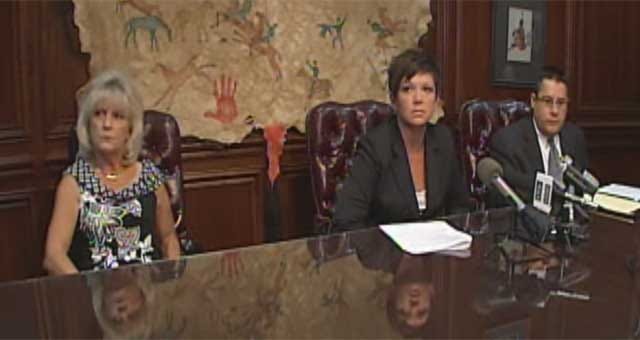 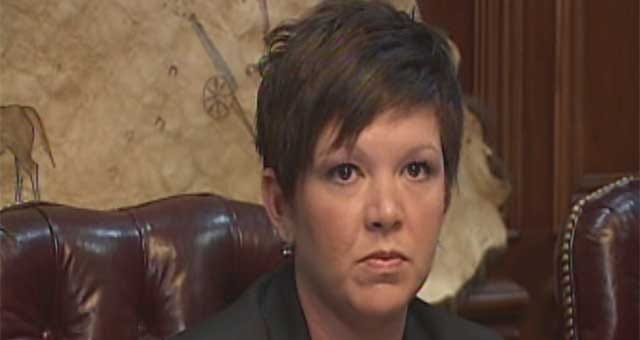 OKLAHOMA CITY -- A DHS case worker in the Serenity Deal case has been officially terminated. Jennifer Shawn spoke about the situation at a press conference on Thursday.

Shawn held the news conference at the Oklahoma City office of her attorney, Pete Serrata, in response to her termination by DHS.

"The failure of DHS has brought us here today," said Pete Serrata, attorney for DHS worker Jennifer Shawn. "Neither Jennifer nor Randy Lack wanted to be in the spotlight. They did nothing to deserve this."

Serrata claims the failures at DHS can be traced all the way to the top to Director Howard Hendricks. Serrata says they plan to sue DHS over the handling of Shawn's personnel matter. Shawn was one of four workers put on administrative leave pending the investigation into Serenity Deal's case.

Shawn says she was a child of the system and wanted to advocate for children. That's why she become a case worker in 2006, however, she says DHS does not make decisions in the best interest of children.

"The number one change that needs to occur is that case loads need to decrease," said Shawn. "It is a safety risk."

Shawn claims case workers would have case loads of 20 to 30 children at a time. She also says the allegations stated in her proposed termination paperwork are untrue and unfounded.

"It is DHS's attempt to shift blame," Shawn said. "DHS intimates and bullies its workers."

Gayla Smith, the maternal grandmother of Kelsey Smith Briggs, another child killed while under DHS supervision, also was in attendance at Thursday's news conference. She said she feels DHS also failed her granddaughter. Briggs' death attracted a lot of attention and lead to some major changes at DHS and a law passed in her name. But despite that, Smith feels more needs to be done.

"There needs to be some changes," said Smith. "Everyone needs to get together before things like this happen."

Read the copy of Shawn's notice of final action discharge.

Powell said it shows Shawn did not check out Sean Brooks' background, did not provide information to the court and made false reports and claims. Brooks is Deal's biological father and faces a murder charge in her death.

Stay tuned for more on this story tonight on News 9 at Four and Six.