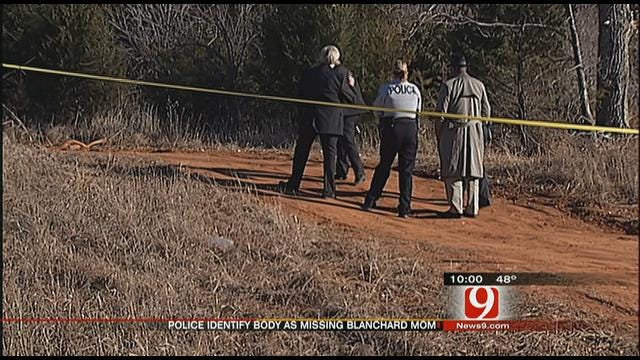 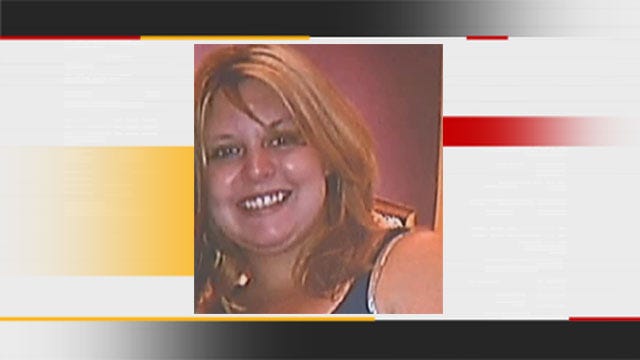 Police identified a body found in Southeast Oklahoma City as that of a missing mom from Blanchard.

It's been almost one month since Jaymie Adams' van was found in a McDonald's parking lot in Midwest City on December 10.

Oklahoma City police confirmed her body was found just two to three miles east of that location on some bike trails. Police did not say how long the body had been there, but that it had been in the open and in the weather.

Officers took to the sky and combed a quarter mile area for clues near Lake Stanley Draper. They say bikers found the body around 1 p.m. Saturday east of one of the trails.

"It's kinda scary you know?" Tech Sgt. Tom Burgess said. "Because it's right in our backyard."

Burgess, who works at Tinker Air Force Base, said there's a lot of traffic on the acreage behind his home. He's heard gunshots, loud parties and says people are tearing up the land back there.

Questions still remain of just why Jaymie went to the McDonald's late December 9. Her husband, Justin Adams, said it was to meet a friend, at first.

He later told his attorney and police that his wife had been prostituting on Craigslist and had gone to the McDonalds to meet two to three men for sex.

Six days after Jaymie disappeared, police gave her husband a lie detector test. Court documents show he was found to be deceptive in reference to the question, "Do you know your wife's whereabouts?"