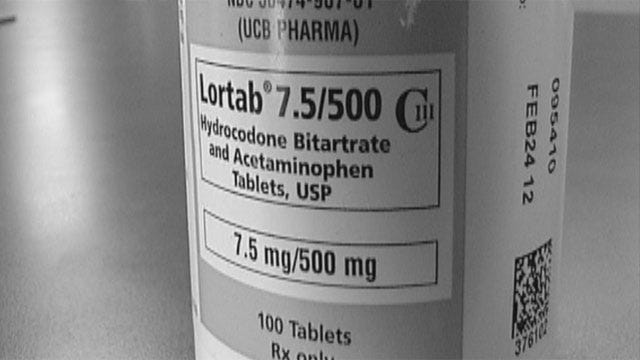 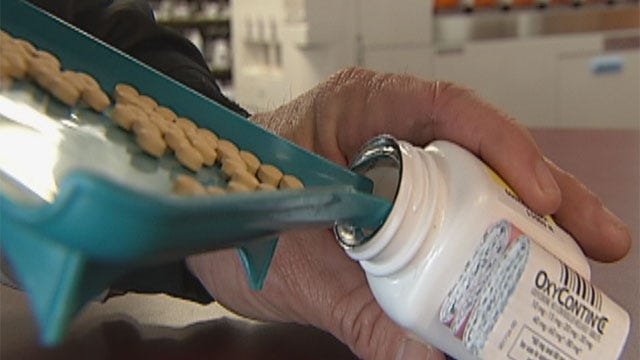 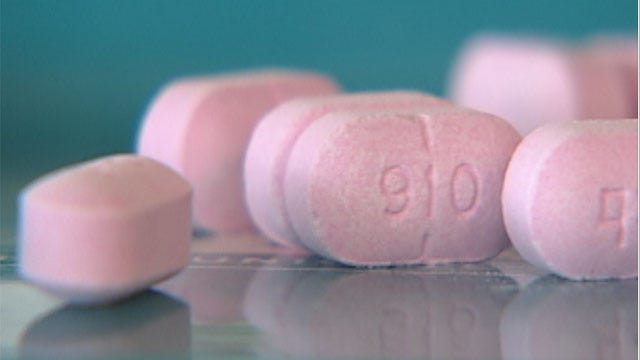 Austin Box, Sean Sutton, and, most recently, Whitney Houston -- all cases of prescription drug abuse that have been big news in Oklahoma.

But for every one of these high profile cases, there are hundreds, if not thousands of similarly tragic cases that never warrant a headline or a sound bite.  The only coverage they get is in the obituary section of the local paper.

This is one of the more sobering aspects of Oklahoma's State of Addiction.

Perhaps even more sobering -- Oklahoma is ranked number one in the nation for prescription drug abuse. Pain killers like hydrocodone and oxycodone -- better known as Lortab and Oxycontin -- are killing more than the pain.

"I probably went out for my last high 300 times," admitted Bob Fernando, an Oklahoman now living in Ardmore.

One of those "last highs" led to a moment of truth for Fernando, a pivotal point in his life that would change his life.

"I'll never forget just sitting there, goin', 'What am I gonna do with my son? I can't take him in,'" Fernando recalled.

"And I walked back out and I just remember," Fernando told us, "he just said 'where'd you go daddy?'"

This was Fernando's 'rock bottom' moment. The low point of a decline that began years earlier when, he says, he first took one pill to help fight off back pain. Fernando discovered that the pills not only lessened his back pain, but helped him recover from heavy drinking bouts, and the drugs quickly became a part of his daily existence.

The addiction evolved from taking one 20-milligram Lortab to taking two, much stronger, 80-milligram Oxycontin a day, and putting his most prized possession -- his son -- in danger.

Fernando said, "I just remember breaking down at that moment and just crying and just thinking back, 'Is this where my life has led me?'"

At that moment, Fernando made the decisions to check into rehab -- for the second time.  When he did, one of the other residents gave him a quick dose of reality.

"He said, 'Ya know, you only have to change one thing about yourself to get where you wanna be,'" Fernando remembered, "and I was, like, 'Man, tell me what that is,' and he said, 'Everything.'"

Change everything or lose everything -- that's the alternative.  And, in Oklahoma, it's happening far more than anyone would want. In 2010, close to 600 Oklahomans lost their lives to prescription drug overdose --an increase of 108 percent since 2001.

Weaver says many abusers are not stereotypical drug addicts. Most are able to function in society, before and after the pills fall into their hands.

"They think, by taking a pill or taking two pills," Weaver said, "it's harmless, and yet they often don't wake up."

"In my case," Newport explained, "the phone rang one night late and his story was over."

His son, Andrew Newport, died with his bible by side. His father says Andrew spent much of his life in church, before pain pills put him in a struggle for his life.

Mr. Newport says it gives him no pleasure to admit that he stood over his son in emergency rooms on more than one occasion.

"So, while you are there in the struggle," Newport said, "you hope everything will work out. But common sense will tell you maybe it won't."

While Jim Newport understands the abuser bears some personal responsibility, he says easy access to prescriptions drugs is just as much of the problem.  And he's urging Oklahomans to own up to this and take a stand.

"Do whatever it takes to stay alive and live another day," Newport pleaded, "to look back and tell the bright side of the story."

Bob Fernando did live another day and is proof there can be a bright side to the prescription drug addiction story.

Now in recovery, Fernando says the availability of prescription drugs leaves him scared for his son, but he takes comfort in knowing that he's alive and able to help his son through this or any other challenge that may come his way.

"I had to hit that point in my life," Fernando said, "that I had to say, 'My way's not working, and let's try this other way.' And, for me, my way was to fall in love with God."

After successful rehab, Fernando and his wife remarried and had another child. Now the family works to help others who are struggling with addiction.

Jim Newport lost his son and is determined that the state not lose the larger battle -- he urges parents to never give up asks everyone to push for policy changes to reduce prescription drug trafficking.

There are several bills in the Legislature this session addressing the issue of prescription drug abuse, including one that would require doctors participate in a prescription monitoring program intended to prevent doctor-shopping.