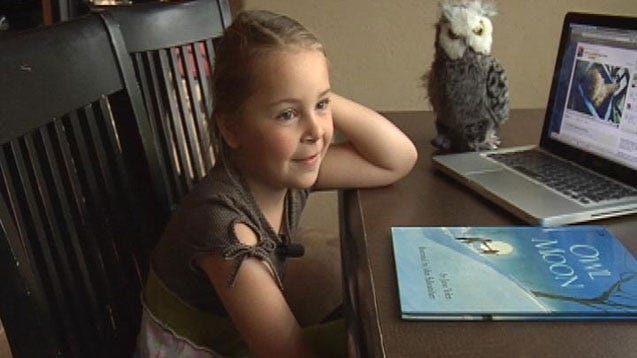 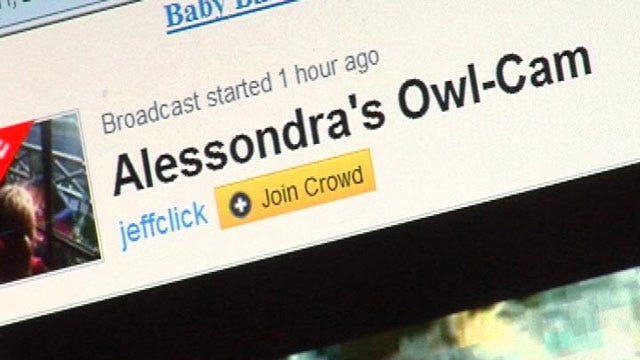 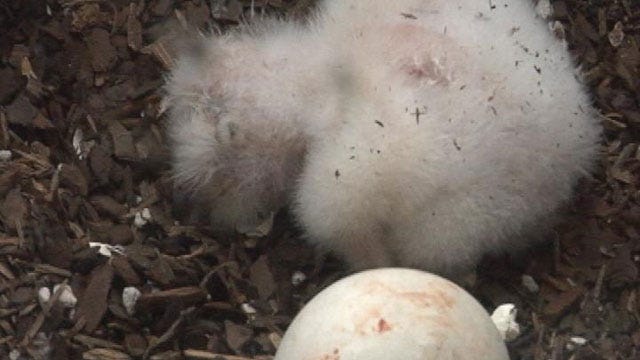 A great horned owl has made its home in an Edmond family's flower pot, and the family is beginning to grow.

Alessondra Click heard a noise outside the family's home not long ago, and her parents assumed it was a pigeon.  It turned out to be an owl sitting on two eggs she had laid on the family's second-story window ledge.

Alessondra is home-schooled by her mother Deziray, and the owl family has provided a unique learning experience for both.

"If they're in like, a special place they can live like probably up to 25 or 24," said the seven-year-old.  "A pair of owl eggs are called a clutch."

One of the eggs hatched already, and since they're not sure whether it's male or female, Alessondra made an executive decision.

"We're not sure if the other one's gonna hatch," Alessondra said.  "But the baby's name is Tigerlily so we can cover if it's a boy or a girl."

The owl family is also famous, since Alessondra's dad put up a live owl-cam not long ago.

The owl-cam has attracted a steady stream of viewers, and many assumed the Clicks lived in a rural area unlike Edmond.

"We're like 'No, it's in a neighborhood close to a golf course, not very many trees,'" said Deziray.  "So it is quite unusual 'cause the ones I've seen online are in the country."

When asked if she wanted her flower pots back anytime soon, Click just laughed.

""Well, we'll get 'em back in 10 to 12 weeks when the fledglings fly off," she said.  "But I think this is so unique, if we never get to plant flowers there again that's no big deal."