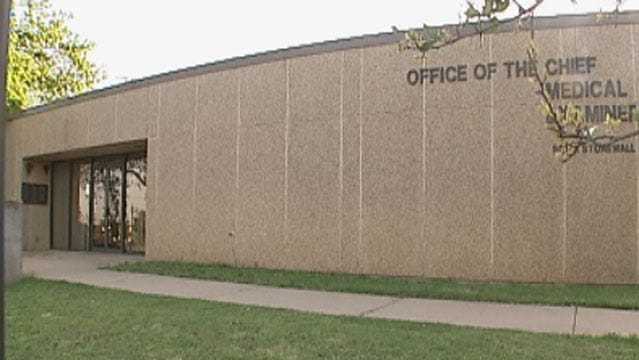 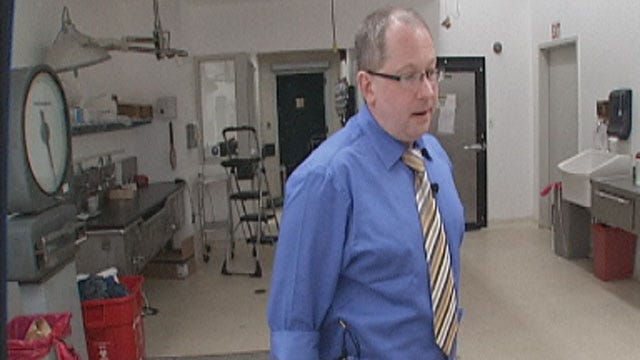 More suspicious deaths and fewer resources. The State Medical Examiner's office is plagued with problems as the number of homicides more than double from this time last year.

News 9 got an exclusive look inside the morgue to see how a lack of staff and space is creating longer wait times for families seeking answers.

The agency is approved to staff 85 workers, but can only afford 63. When our cameras arrived for a tour of the facility, we found the Chief Administrative Office of the state agency mowing the grass.

We're told each staff member, including the Chief Medical Examiner, takes a turn tending to the lawn to save the agency $500 in the budget, and that is just the beginning of what we witnessed.

When Chief Eric Pfeifer arrived at the facility, he says he quickly discovered the deteriorating state of the agency.

"In the accreditation report, the quality of our work was never called into question, instead, it was the inadequate staffing and facilities," Pfeifer said.

Refusing to let problems of the past dictate the future of the state medical examiner's office, the chief and his staff began making improvements to the building and equipment without receiving any additional funding.

"You know this is just not a dignified place to work in here," Chief Pfeifer said.

Pfeifer walked our cameras through every room pointing out the deficiencies that ultimately affect the timeliness of autopsies in the state.

"For the workload we have we should probably have 7 to 8 tables," Pfeifer said.

Pfeifer described the floor in one room of the Oklahoma City office.

"This is not a dirty floor, we have scrubbed it and so I think there is some basement methamphetamine labs that look better than this place," Pfeifer said.

Chief Pfeifer says the staff is still providing quality reports, but is worried the facility cannot handle the increase in the workload. The staff received 13 homicide cases by this time last year, a number that's more than doubled in 2012.

Pfeifer explains homicides account for only four percent of the work.

"At some point, we do need a bigger facility. We need the space now. We can tweak and make it work for a while longer but really this place doesn't afford us any chance for growth," Pfeifer said.

A new facility would solve only half of the problem. A lack of funding is the other issue. The chief explains the agency needs twice as many doctors to help the six who are currently responsible for the entire state.

The agency needs 13 doctors statewide to earn back its accreditation. Two years ago, lawmakers passed a bill that would move the medical examiner's office to UCO's campus in Edmond. Right now, lawmakers are debating a measure that would fund the new facility.