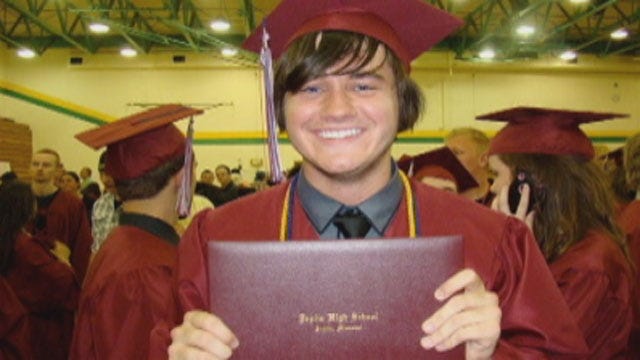 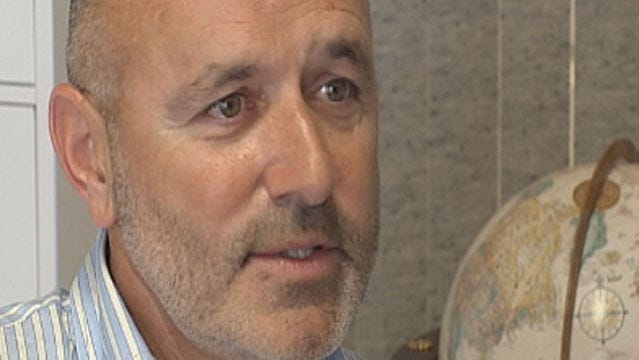 JOPLIN, Missouri -- There's one name and face everyone in Joplin will remember for a very long time. Will Norton lost his life, but it's the violent and heartbreaking nature of his death that sticks with a lot of people to this day.

Will Norton was a skinny, charismatic kid headed to film school in the fall. He was Mark Norton's son. The heartbreaking story has been told before, and one year later, it's not any easier to hear.

On May 22, Will and his father were driving back from Will's high school graduation with families and friends waiting at home to celebrate when the sky turned dark almost instantly.

"Something big hit the top of the car, it was concrete, something big, your minds starts racing, and I thought this is not good," said Mark Norton.

Will pulled his SUV over, and he and his dad braced for the worst.

"I still remember it like it was yesterday. He started reciting scripture and praying," Mark said.

Moments later, the tornado would grab hold and not let go.

"The car just took off like a bullet," Mark said.

The SUV would be picked up and smashed to the ground at least three times.

After an intense search that lasted four days, Will Norton's body would be found in a pond a couple hundred feet from his SUV.

Those in Joplin have heard Will's story before, but his legacy is one people can see every day.

Will's Place was created to help kids dealing with the emotional, devastation that came with the May 22 tornado. A baseball field for the physically challenged children now being built will also be dedicated in Will's honors.

A year after his death, Will's father says his family tries to move forward, but making sense of his death is too much to bear.

"There was so much more for him to accomplish while he was here, maybe he accomplished what he was suppose to accomplish," Mark said.

Will enjoyed filmmaking and produced a number of Youtube videos that you can still see today.

Will's father says he's glad to have the videos, even if he can't bring himself to watch them just yet.