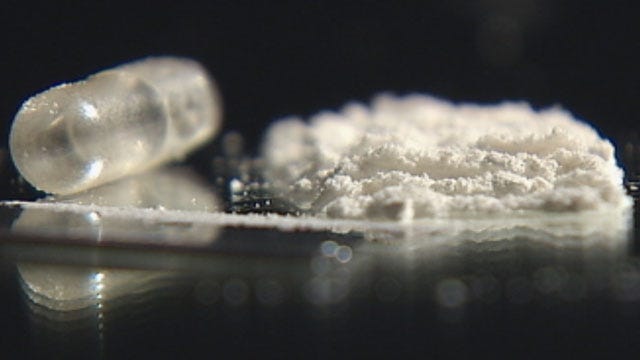 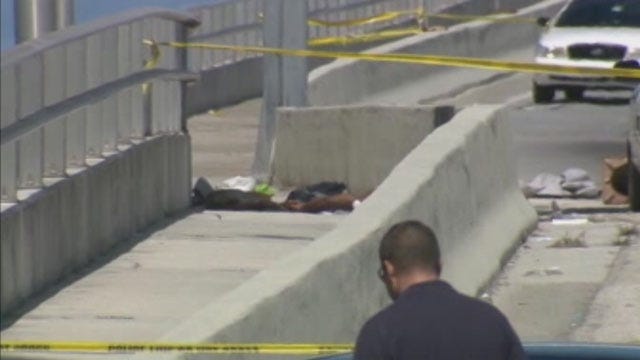 Just a couple of months ago, most of us never heard of it. Then a bizarre cannibalistic attack in Florida exposed the disturbing world of bath salts. Oklahoma toxicologists know the dangers and worry it's only going to get worse in our state.

Doctor Bill Banner with Oklahoma Poison Control said they just started learning about the dangers of bath salts in the past year. The extremely potent hallucinogenic is cheap, easy to buy online and deadly.

Once at the hospital, it can take days before doctors know what's making patients combative and out of control. The mixture of drugs are so foreign, they're difficult to detect in a person's system.

The American Association of Poison Control Centers said the number of emergency calls concerning bath salts is skyrocketing.  It jumped from 304 in 2010 to 6,138 in 2011.

Oklahoma Poison Control has received 14 calls so far in 2012, but Dr. Banner expects it to rise as more people understand the symptoms.

Surveillance cameras in Miami captured the incredible video. A man believed to be high on bath salts actually eating another man's face.  Dr. Banner says these dangerous stimulants have the ability to induce zombie-like behavior.

Test results showed the man had marijuana in his system, but not bath salts.  However, doctors in Florida agree it's nearly impossible to know for sure because the drugs are so hard to test.

"There's one particular one that seems to cause the blood vessels to contract so intensely that people are actually losing extremities, lose a hand, lose an arm," Dr. Banner said.

Read more about the dangers of bath salts

Oklahoma has seen his own tragedy connected to these mysterious drugs. In Konawa in 2011, two young adults died after taking a drug purchased off the internet from a company in China.

Ricky Prindle recalled how his friend acted before she overdosed, "She just kept having one seizure after another. After she came out of one, she would say a little bit, like she was hallucinating, telling us to get away from her and then she would go into another bad seizure and cough up more blood."

Parents with children high on bath salts describe the horror.

"Fighting the entire time and then having to be put on a breathing machine to keep them quiet enough until the drug wore off," Dr. Banner said. "Even then, he continued to hallucinate for several days."

"People will sell you anything to make a buck," Dr. Banner said. "That's an unfortunate situation and we have to teach our children how dangerous these things really are."