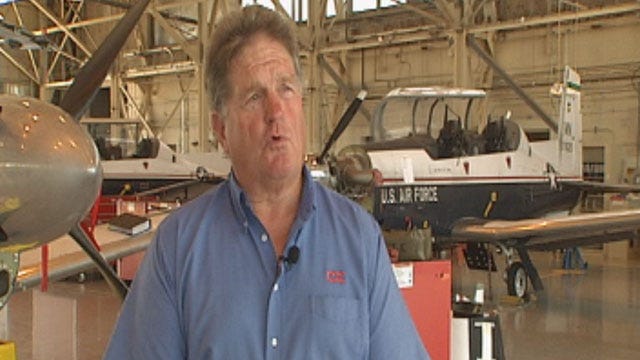 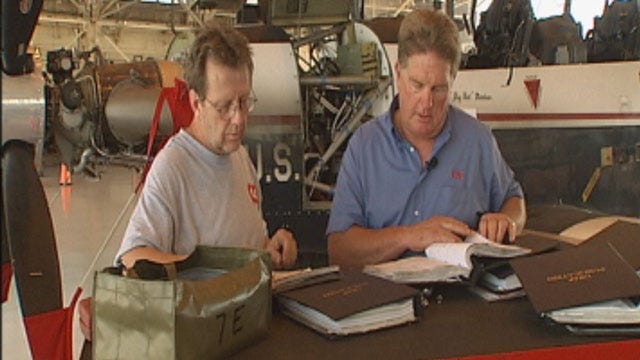 Since Vance Air Force Base is a joint training facility, it sees pilots and crew from several military branches. But as pilots come and go, some things at Vance don't seem to change.

Dennis Riemann was introduced to planes at a very young age.

Soon, a young Riemann found inside a Vance Hanger getting his hands dirty. He's been since the 60s.

"Watching the young airman learn to fly and get their wings it's a special thing," Riemann said.

And Vance holds a special place for Riemann. His wife is also here. She's been a parachute rigger since 1980.

More than a few airmen have safely ejected and floated down to earth on a parachute she's packed. But, Riemann also has something brag about, too.

"To my knowledge, I've never lost an airplane that I worked on," Riemann said.

Not even the one pelted mid-flight.

"From an owl going through the windshield of the canopy and leaving remains all over the pilot, the pilot survived," Riemann said.

On this summer day, Riemann once again finds himself inside a hot hanger with his fellow plane mechanics. And after so much time, so many plane, Riemann says he can't walk away from a job he's loved for so long.

"It's been a good 45 years and I look forward to more," Riemann said.

Talking about keeping it in the family, the Riemanns also have a son who now works on the flight line at Vance.