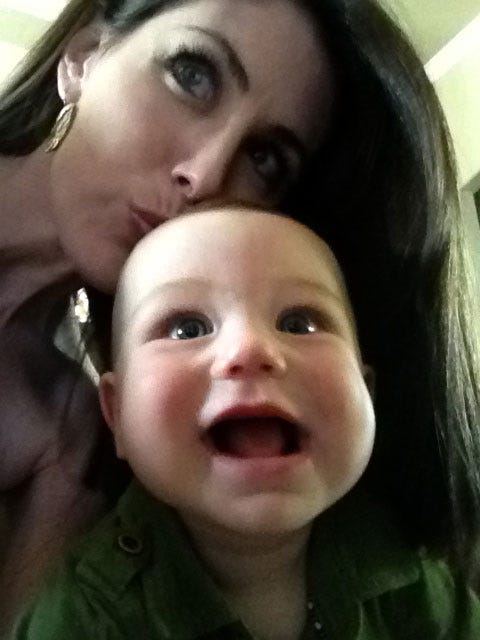 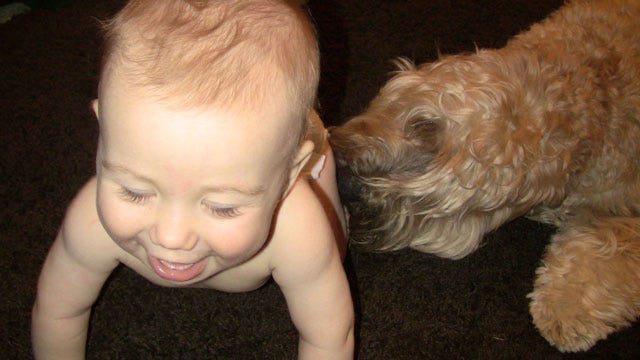 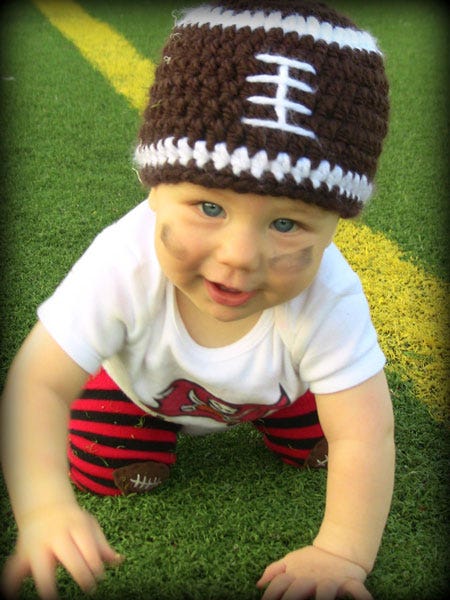 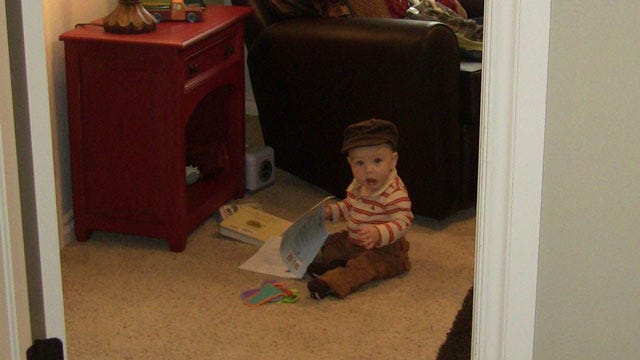 A child's laughter has to be one of the best sounds in the world.  Now that Gage is 7 months, I'm enjoying him laughing at the littlest of things.  He has a toy that beeps and while he was playing with it I said "beep beep".

Let the giggling begin! You'll have to watch the video and ignore the tired mom acting a fool in the background!  I just had to share.

I've heard it said more than once that during each stage of a child's life you tell yourself, 'this is the best! I don't want him to get any older'.  But each stage has something new and something fun about it.

I don't have much to compare it to, but I have to say 7 months sure beats everything so far.  He's sleeping through the night now (woo hoo!), he rarely cries, and he's reacting to play time, and oh those smiles!  It just melts my heart.  He's now crawling… everywhere!  I just pulled out the outlet covers and I'm sure my "baby-proofing" days have just begun!