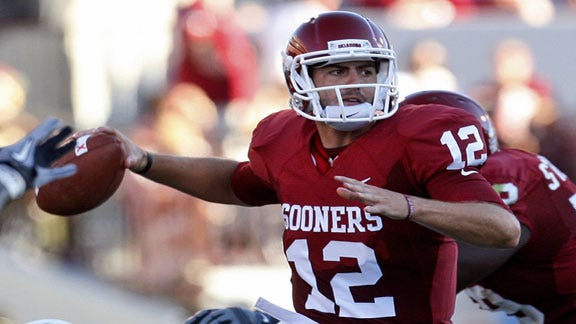 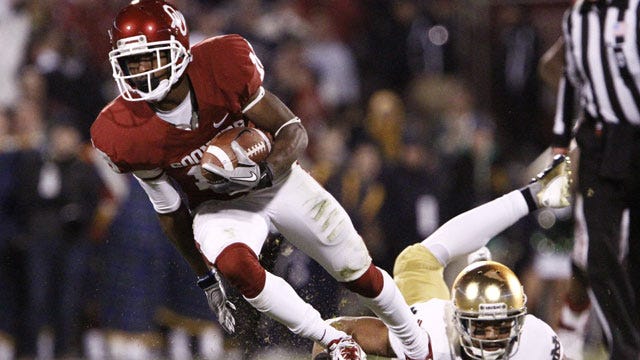 Jones completed 46-of-71 passes for 500 yards and three touchdowns against the Cowboys. He became the first player in OU history to register back-to-back 500-yard passing games and owns all three of the 500-yard games in school history. It was his 12th career game with 400-plus yards. Jones set single-game school records for both completions and attempts, breaking the previous marks of 39 completions (Josh Heupel vs. Ole Miss, 12/31/99) and 62 attempts (Jones vs. OSU, 11/27/10).

The senior from Artesia, N.M., became the Big 12's career leader for passing yards (16,124) and total offense yards (15,756), marks which rank third and fourth, respectively, in NCAA history. Jones is also the first player in the FBS to have 3,000-plus passing yards and 26-plus touchdown passes in each of his four seasons.

With Oklahoma trailing 38-30 in the fourth quarter, Saunders ran back an OSU punt 81 yards for his first career punt return touchdown. The junior from Elk Grove, Calif., finished the game with 251 all-purpose yards, the sixth-highest single-game total by an OU wide receiver. Oklahoma is the only Big 12 team that has two punt return touchdowns in 2012.