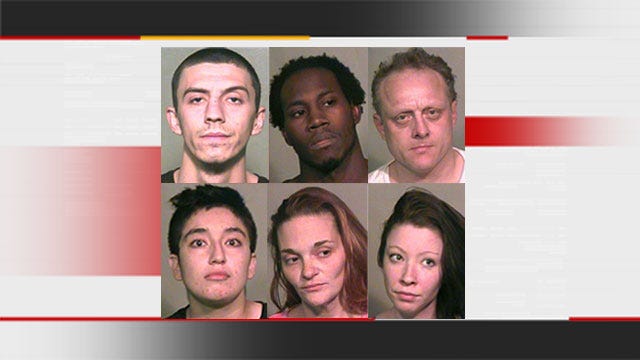 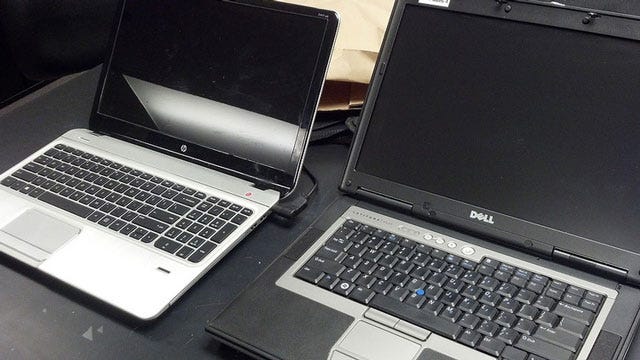 The Oklahoma Sheriff's Office busted a big burglary and meth distribution ring in the metro. Six people are now behind bars in connection to the county-wide burglary ring.

The investigation began on January 29, when a deputy became suspicious of a vehicle he saw in the 4200 block of St. Croix Drive in Deer Creek, according to the Sheriff's Office. The car was parked several feet from the curb and two women were inside the car.

One woman then told the deputy that a man identified as 22-year old Chase Colton had just been dropped off and was casing the neighborhood.

Deputies searched the neighborhood for Colton, but they learned later he had spotted the deputies and called a friend to pick him up to escape.

This incident started a nearly week-long investigation by the Oklahoma County Sheriff's Office. Investigators were led to addresses in Del City, Oklahoma City, and Deer Creek. Three search warrants were executed and a long list of stolen property was recovered.

See more pictures of the stolen property recovered by deputies

Three more people will be facing charges in addition to the six who have already been arrested, according to the Sheriff's Office.

Deputies have determined that in addition to burglarizing, many of the suspects were responsible for distributing methamphetamine throughout Oklahoma County.

Authorities say this case serves as a warning, because the suspects admitted to casing nice, secluded communities they considered "soft targets."

"They knew that in many neighborhoods people have a false sense of security and leave their cars unlocked, their garage doors open, and their homes unlocked. We ask folks to make sure that they make themselves less of a target and secure their belongings," said Oklahoma County Sheriff, John Whetsel.

The suspects are being held on more than 100 felony counts, but more will be filed.