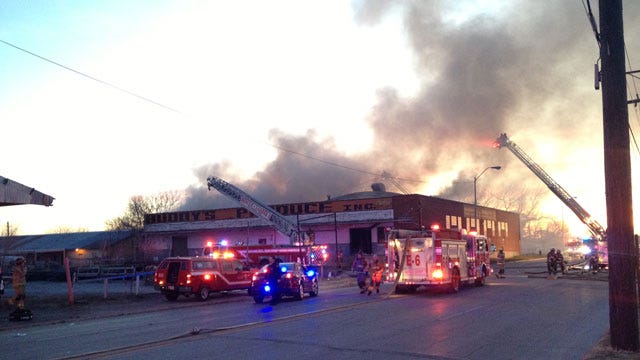 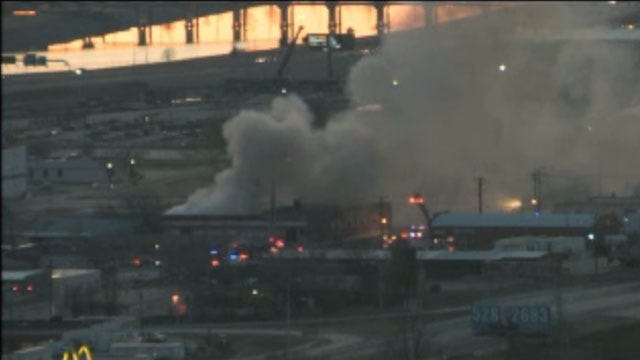 When firefighters arrived on scene at around 6:15 p.m. they say the structure, located at 1307 SW 2nd St., was fully engulfed in flames. Shortly after crews started battling the fire, one of the structure's walls collapsed.

Authorities say one firefighter was injured while battling the blaze. That person is listed in good condition at St. Anthony's Hospital.

It is unclear at this time how the fire started or if anyone was inside when the fire broke out. Firefighters were able to get the fire under control shortly after 7 p.m.

Buddy's Produce Inc. was established in OKC in 1964.