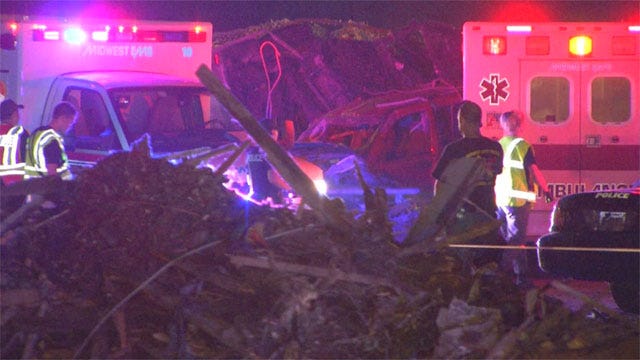 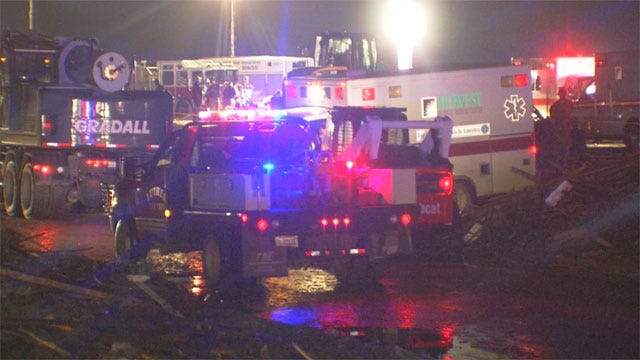 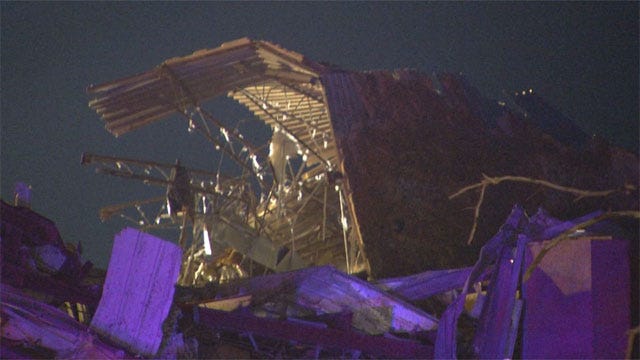 Police, firefighters and other emergency responders have spent hours at Plaza Towers Elementary School in Moore, desperately searching for students and staff still unaccounted for after Monday's deadly tornado.

The tornado struck Moore just after 3 p.m. Monday, around the time school normally lets out. As teachers, students and staff took shelter at the school, located at 852 S.W. 11th Street, the massive tornado hit the building. The powerful twister destroyed the school, collapsing walls and turning the structure into nothing more than a large pile of twisted metal and splintered wood.

Several children and adults were pulled alive from the school. There have been no confirmed deaths at the school, but as many as 20 children are still reported as missing. There are also several adults who are missing.

Emergency responders and volunteers worked through the night at the school, slowly and carefully sifting through the debris and searching for signs of life. Around 3:45 a.m., media crews were forced to move away from Plaza Towers Elementary. Law enforcement told News 9 they were bringing in heavy equipment to help with the search, and they needed the roads and area cleared.

The medical examiner's office has confirmed the tornado killed at least 51 people, including 20 children. That number is expected to rise.