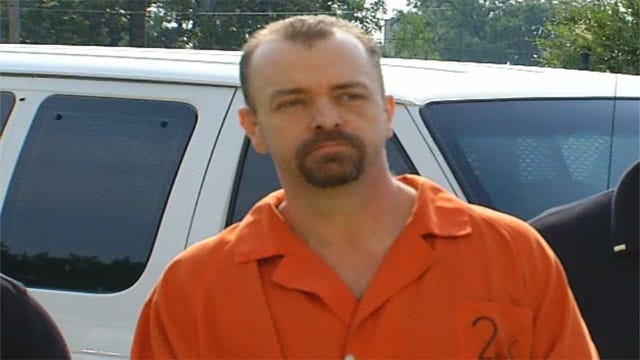 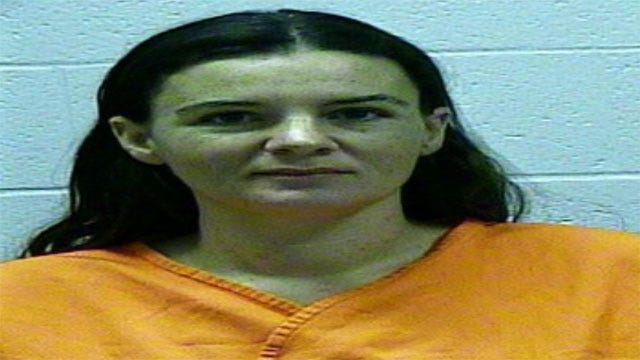 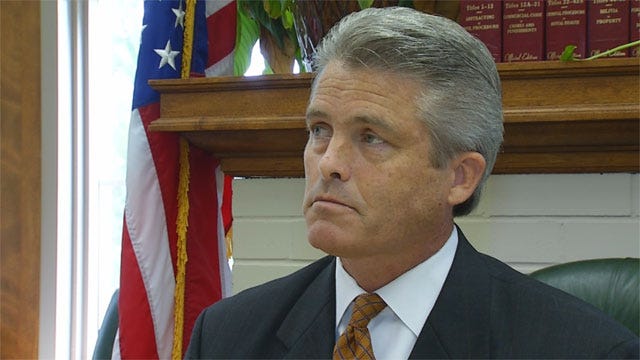 Pottawatomie County prosecutors accepted a plea deal Thursday from a man accused of raping a 20- year-old woman and killing her 19-year-old boyfriend at a home near Prague on September 8, 2010.

Prosecutors had intended on seeking the death penalty in this case, but instead accepted Gouker's guilty plea in order to get his cooperation in the investigation of two other crimes in another state.

Gouker at one time lived in northern Wisconsin. DNA evidence linked him to a 1990 rape in that state. He is also a person of interest in a 1992 double murder there. He agreed to plead guilty to the rape, and the murder investigation is ongoing.

Gouker did not comment as he was led into the Pottawatomie County Courthouse to enter his plea in the 2010 murder of Ethan Walton, and the rape of Walton's girlfriend. Prosecutors say Gouker killed Walton and stuffed his body into a 55 gallon drum.

Police reports state the two had come to Gouker's property to discuss selling some of Walton's land. Police say that's when Gouker attacked Walton. Gouker later had his wife lure Walton's girlfriend to a shed, where he brutally raped her and tied her up inside the couple's home. The girlfriend managed to escape and ran, naked, to a neighbor's house for help.

Gouker's wife Michelle Gouker, who is also his sister, pleaded guilty to her role in the attack. Prosecutors say she had agreed to testify against him.

Walton's girlfriend was in the courtroom when Gouker was sentenced, as were many of Walton's friends and family members. His mother, Kathleen Kline, read an impact statement to the judge. She cried as she thanked the court and everyone who investigated her son's murder and brought his killer to justice.

"These selfish, immoral acts have been like a boulder," said Kline. "It has forever altered this family."

"These godless, murderous, incestuous, child molesting serial kidnappers robbed Ethan of life. Gouker let him die in a lingering, painful, tearful way when he shoved him in a 55 gallon drum."

Gouker did not turn to face Ethan's mother, but listened to her statement while facing the judge.

"These godless crimes have taught this family to hate," said Kline. "This set of crimes has cost me hope. We don't trust anymore."

Kline said she too wanted to see Gouker receive the death penalty, but said she agreed to the plea deal since Gouker is suspected in other crimes.

"There are other families that need to know that Gouker is not going to get to them anymore." Kline said. "There is now a horrible monster off the streets."

"Effectively, justice was served today," said Pottawatomie County District Attorney Richard Smothermon during a news conference after the court hearing. "Gouker will never get out of prison."

Members of the Waupaca County Sheriff's office in northern Wisconsin were also at Thursday's press conference. They confirm Gouker will be sentenced for the 1990 rape of a 20-year-old woman in a Wisconsin park. In March of this year, Gouker pleaded guilty in Wisconsin to one count of first-degree sexual assault for that rape, after DNA evidence linked him to the crime. The sheriff there says he will be sentenced Friday via satellite from the Pottawatomie County jail. They are asking for a 20-year sentence.