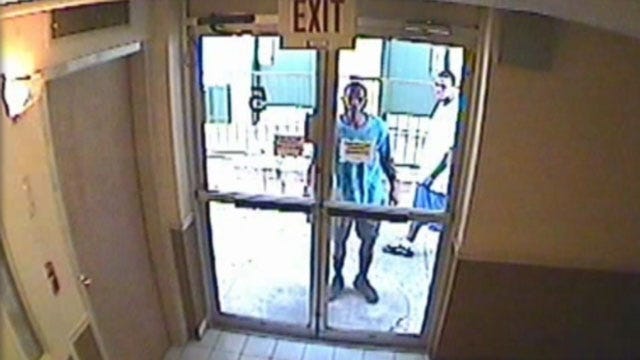 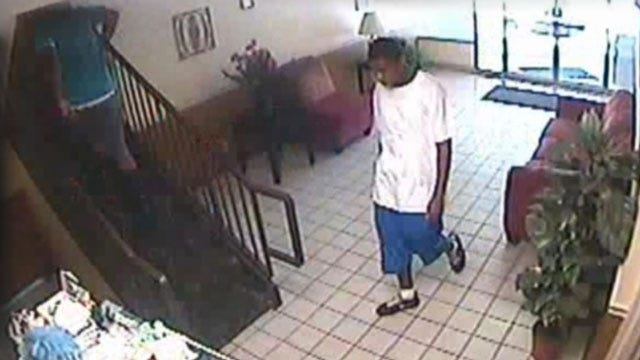 His mother and father say they've already forgiven who ever murdered their son in a northeast OKC motel. Blayke Ladd's parents say their faith is what has given them the strength to forgive their son's killer. But Friday has been especially hard for the Ladd family. It would have been his 22nd birthday.

"I'm just trying not to do too much emotion, but inside, I am so sad. I'm so sad," said Blayke's mother, Donna Ladd.

Art and Donna Ladd say their son was on the right track and moving forward from the road of drugs and theft.

"It just felt like he was finally growing up and getting to a level of maturity," said Donna. "It was just snatched away from him."

Blayke was found shot to death Wednesday at the Lincoln Inn Express. Friday morning, police released surveillance photos of the suspects walking into the motel and peering through the glass doors.

"I got an alert on my phone that said the police were investigating a homicide on Lincoln," said Tony Coleman, Blayke's attorney. "It didn't register with me at the time."

The night before Blayke was killed, Blayke and his father stopped by Coleman's office.

"And we spend a part of two hours together and it was amazing," said Coleman. "Blayke shared with us all of his plans."

"It's not a client, it's a family member. It's a friend you know," Colemen said.

Blayke was the youngest of six and had a one-year-old son. The Ladd family is known for their church upbringing and strong faith.

Art and Donna Lad didn't recognize the two men captured on surveillance video Wednesday afternoon. No arrests have been made in the case.