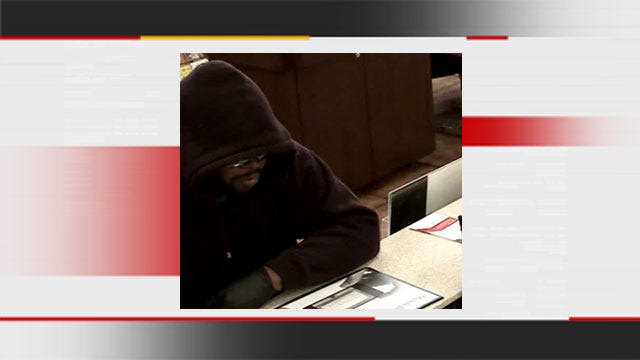 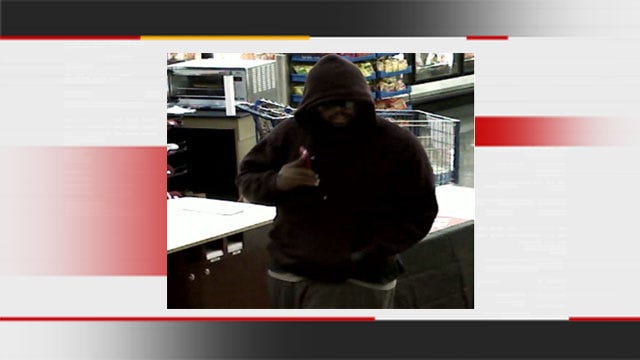 Police and the FBI are searching for a man who walked into a northwest Oklahoma City grocery store Saturday and robbed a Bank of Oklahoma branch.

The robbery occurred just before noon Saturday at the Crest Foods at N. Rockwell Avenue and N.W. 112th Street. The man approached a teller, and handed the bank employee a white plastic grocery bag with a note attached. The note demanded money.

The teller complied and put cash inside the bag. The robber grabbed the money and walked out of the store. He never flashed a weapon or implied he had one. No one was hurt.

The FBI says the subject was a black male in his early 30s with black facial hair. He was 6 feet to 6 feet 1 inch tall, 200 to 230 pounds, and wearing a brown-hooded sweatshirt, gray sweatpants, dark gloves, and large sunglasses.

In one surveillance photo, the man is seen speaking on a red cell phone.

Both the FBI and the Oklahoma City Police Department are investigating the robbery. Anyone with information regarding should contact the FBI at (405) 290-7770. You may remain anonymous.