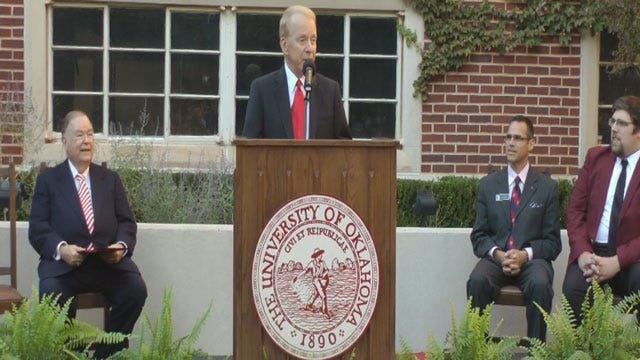 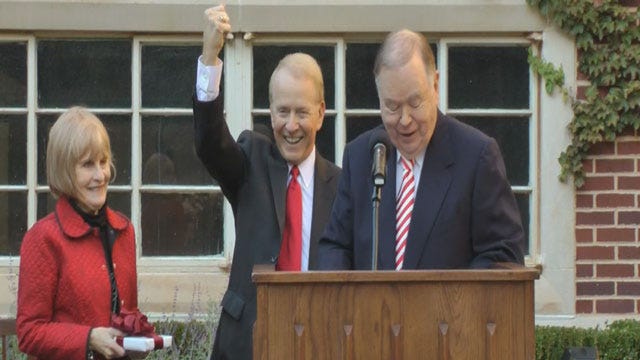 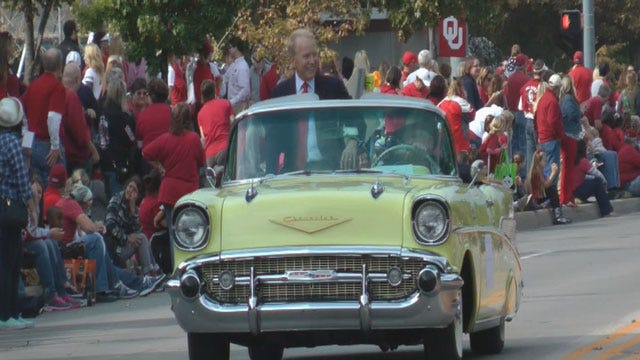 Gary was a special guest at OU's Ring Ceremony on Friday. OU President David Boren gave the introduction, saying "Gary is known across America as one of the most outstanding meteorologists in the nation."

Gary was also the Grand Marshal of the homecoming parade Saturday morning and he rode in a pretty sweet ride: a '56 Chevy.

As most of us know, Gary hails from Seiling, Oklahoma. We spotted the band from his alma mater marching in the parade.