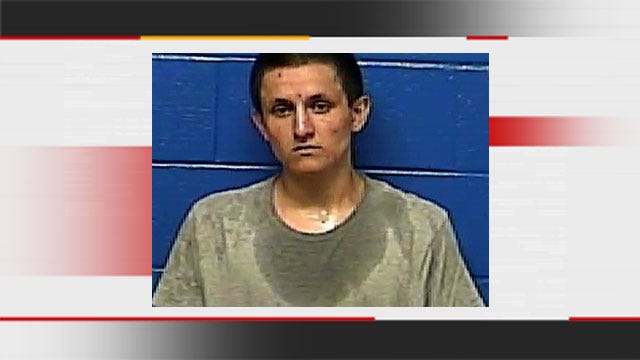 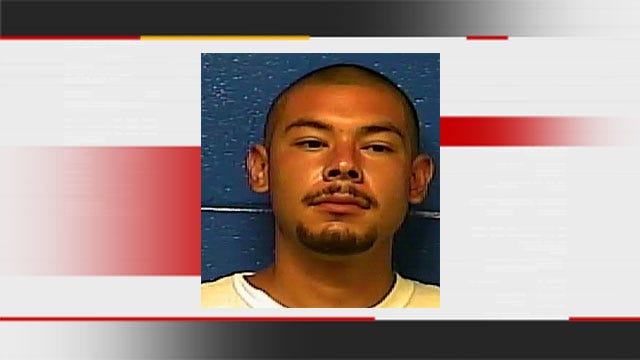 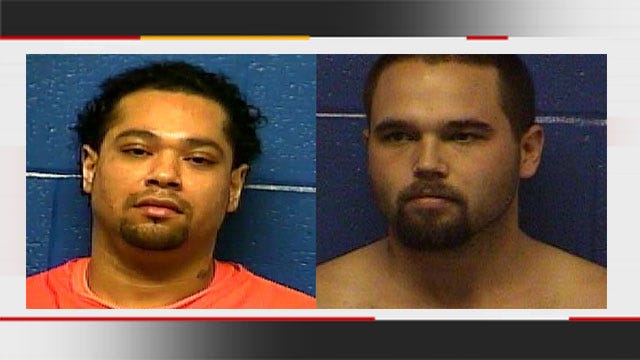 Two inmates who escaped early Sunday morning from the Caddo County jail were caught Monday after investigators spotted them walking down a road in Chickasha.

Brown and Prime walked to The Frisco Stop, a convenience store at 11th and Frisco Avenue. Chickasha police officers arrived at the scene, and the men tried to run away. Police officers and Grady County Sheriff's deputies quickly caught the two escapees.

Two escapees, Thomas Wesley Johnson (also known as Anthony Mendoca) and Triston Cheadle, are still on the loose. It's believed they may be in the Chickasha area. They are considered armed and dangerous.

All four men escaped Sunday from the county jail by using a trap door in the ceiling of the jail bathroom.